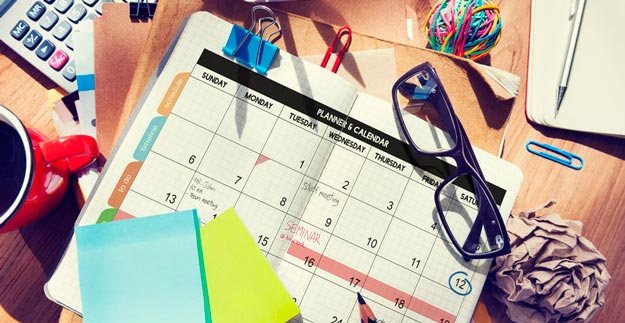 Do you ever feel like your schedule could be more efficient? Like you have too much downtime in between jobs or you’re spending too much time driving around and visiting customers?

Or, are you having a hard time accurately estimating how long jobs will take, and having scheduling problems as a result? Maybe a repair takes longer than expected and throws off your entire schedule. Or, are jobs that take less time than expected leaving gaps in your day?

If you’re like most pro handymen, the answer is…YES. And here’s the deal – Scheduling mistakes with your handyman business can cost you thousands of dollars per month. No, not just a few hundred dollars…thousands.

I’ve had all of these scheduling problems in my own handyman business, and and I see them all the time with my coaching clients. Often, when I have a client track their schedule for a few weeks, they’ll have days where they work 8-9 hours, but only bill for 3 or 4 hours.

That means up to 5 hours was spent working yet making no money. 5 hours each day!

That’s a LOT of money left on the table in just one day, not to mention how this can add up over time.

Now, these issues are often a pricing/quoting problem. But, in this article, I want to focus on your schedule, and a few small tweaks that you can make to dramatically reduce wasted time, so you can make more money in fewer hours, boost your profits, and feel more productive.

And these are all small tweaks. Nothing major. It’s not going to take more effort or time to do. All you have to do is make the decision to implement them.

Just to be clear, this isn’t about scheduling apps or software. Those are secondary to a good strategy.

And, instead of tweaks, let’s call them “scheduling laws,” because they require that you follow them like they can’t be broken. But again, they require no extra time, which is important because nobody wants more things on their to do list.

Let’s save you some time!

I had to become more efficient, because I no longer had the option to waste time. Parkinson’s Law demanded it.

Never heard of Parkinson’s Law? It’s the concept that describes how projects tend to expand to the amount of time they were given to be completed. Of course, it’s not always true. Sometimes things take twice as long as scheduled. But, when we give ourselves too much time to complete a project, we tend to become less efficient and waste time simply because we can afford to.

Just think back to school when you had a big paper due. Maybe you’d be given two weeks to complete it, but you ended up writing the entire thing the day before it was due. Two weeks was way more than you needed, but you found a way to drag it out to the last minute.

Or, think about how productive you are on the last day of work before vacation, simply because you need to get shit done before you leave.

By giving yourself less time to complete projects, you force yourself to get right to what matters, stop dilly-dallying, and just get the damn work done.

This gives you the benefit of making the same amount of money in less time. And there’s another huge benefit. If a project ends up taking longer than expected, you can use the extra days in the week to finish it.

Now, of course, I’m not saying you should only work 3 days a week (although you could). The point is to limit the schedule to just three days until you are booked out for the next two weeks. Once you are booked out more than two weeks consistently, open up another day in your schedule.

If you’re just getting started, you might want to limit your schedule to just one or two days. Again, once you are consistently booked out two weeks in advance, open another day.

Then, use your free days to work on marketing, pricing, or even over-analyzing your fantasy football roster if that’s what you’re in to.

If so, you could save a lot of time by batching your small jobs and scheduling them on one or two days so you can knock them all out at once.

How do I define a small job? Anything 3 hours or less.

Whenever you schedule a service call with the cable company, a larger HVAC company, or even a plumbing company, you’ll notice they give you a “window” of time you can expect them to show up.

They’ll say “we’ll be there between 2pm and 5pm,” for example. They’ll almost never give you an exact time.

Why do they do that?

They know that if they give an exact time to the customer, they’ll have to leave a lot more padding in the schedule to meet those commitments. That means fewer jobs done per day, more downtime, and less profit. Either that or they’ll constantly piss off customers because they’d never be on time (something many of them still do anyway).

The reality is that you never know how long a job will take until you get started. And even then you might run into hangups.

You might go into a job thinking it will take two hours, and it ends up taking 5 minutes. Then the next job might take three times as long as expected. You just never know. That’s why you need to give yourself some room to shift things around. By giving your customer a window of time for your arrival, it gives you that wiggle room.

This might be a little uncomfortable to implement, but there is a lot to learn from larger service companies. If this didn’t work, they wouldn’t keep doing it.

Is this overcharging the customer? Maybe on occasion. But, the reality is jobs usually take longer to complete than you estimate anyway. What you’re really doing is protecting yourself from two things.

Both of these cost you money and headaches.

Ok, so let’s use an example. Let’s say you are estimating a fence repair, and you think it will take you about 5 hrs to complete. Instead of basing your quote on 5 hrs, just allocate an entire day for that job, and quote for a full day.

There’s a good chance it will take longer than 5 hrs. And even if it takes less time, then the customer still gets their fence fixed, and you don’t lose out on a half day of income. Plus, it simplifies your schedule!

Here’s a quick summary of the 4 Scheduling Laws

These 4 laws create a system for scheduling and is far more efficient and easier than scheduling jobs willy nilly, whenever you can “fit them in.” Doing so will help you make more money in less time, make your business more profitable, and make you feel more productive (feeling productive makes you happy).

Do you have any scheduling tips that have worked well for you? Let me know in the comments below.