45 DIY Disasters That Turned Out Hilarious 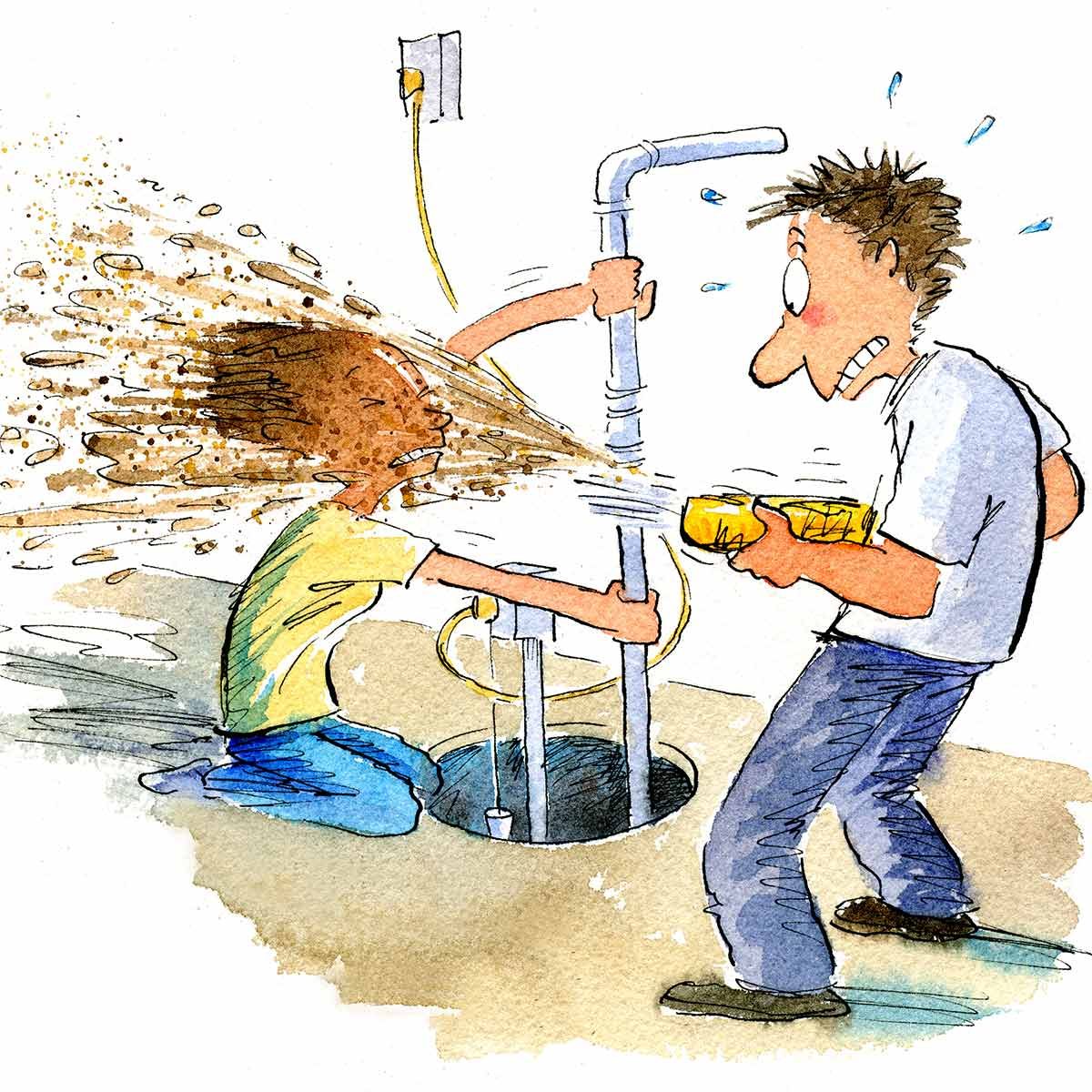 Just days before Hurricane Sandy was to hit  New Jersey, I was helping my husband install a "water jet sump pump backup system" in my parents' basement. In the event of a power outage, it works off the water pressure of the house. My husband asked me to hold on to the PVC pipe so he could cut out a piece with his reciprocating saw. While I held it, he made the first cut. When  he made the second cut, nasty brown water started gushing out of the pipe and  hit me full in the face. Being the dutiful wife, I held on tight! It took him a few seconds to realize what was happening. He had forgotten to unplug the pump. After pulling the plug, he looked at me with a worried expression, but I began laughing hysterically. I was soaked with that disgusting water from head to toe. At least the project turned out as planned— after Sandy, they had no water in their basement. — Jill Gallery. Plus: Check out these insanely smart home improvement hacks you'll wish you knew sooner.
Great Goofs