Amazon Echo vs. Dot: Which Is Right for You? 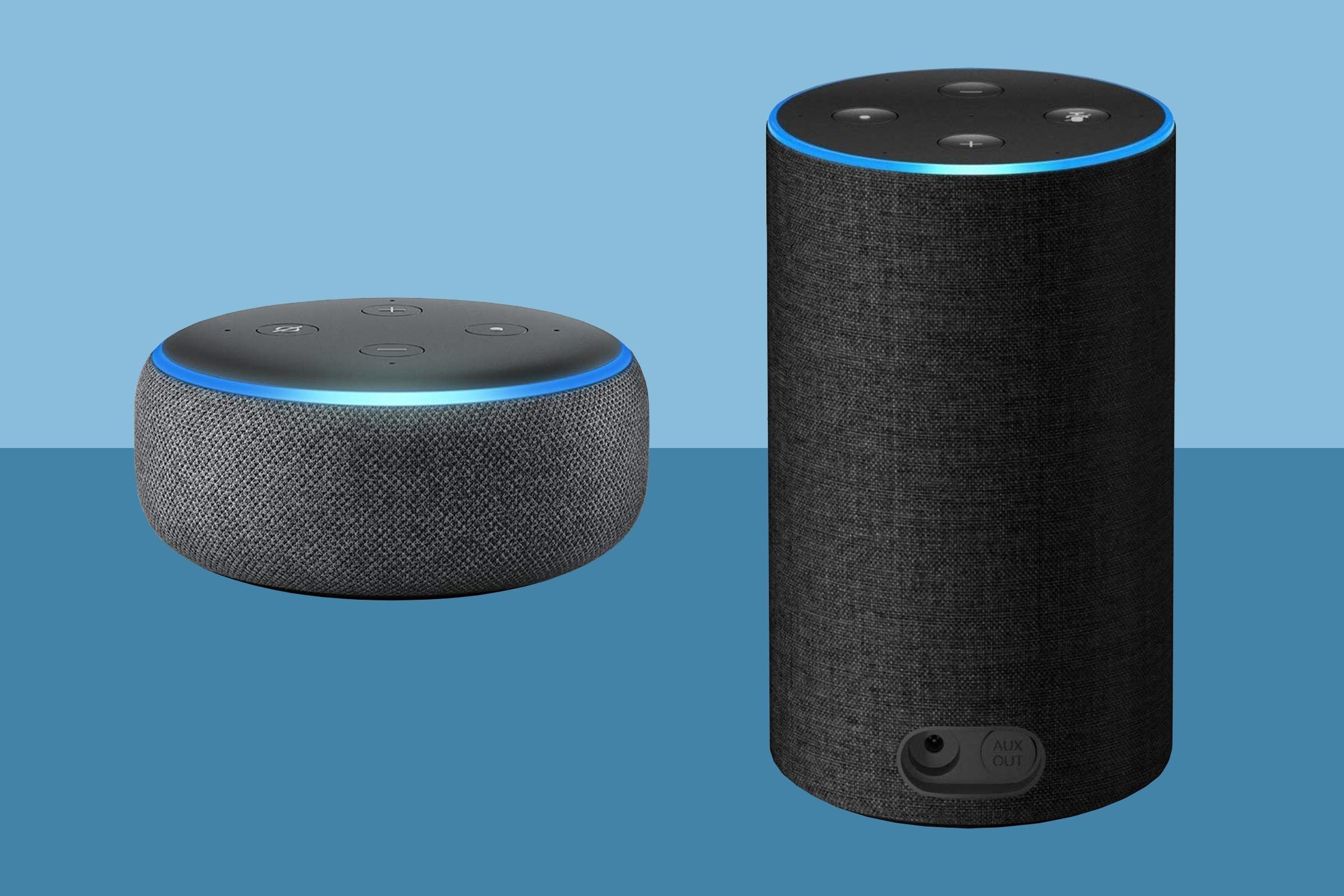 From making calls and playing music to searching the Internet and checking the weather, you already know how handy it can be to have a virtual assistant on your iPhone. (Thanks, Siri!) A smart home hub can do all those same things for you—and more. Imagine being able to dim the lights from the comfort of your couch, lock the doors when your hands are full, or lower the thermostat once you’re in bed.

Home automation, which once seemed like science fiction, is not only commonplace, it’s easier and more affordable than you might think. But before you start tricking out your home with high-tech devices, consider starting with voice-controlled smart speakers like Amazon Echo and Amazon Echo Dot. Simply say “Alexa” and your device connects to Amazon’s virtual assistant for hands-free help around the house. With more than 90,000 skills, there are probably more than a few things you didn’t know Amazon’s Alexa can do, including telling jokes.

While the basic functions of the smart speakers are the same—both can stream music, make audio calls, and control a variety of smart home devices—they do differ in their size, sound quality, and cost. So when it comes to the Echo vs. Dot, which is right for you?

If you want your smart device to be inconspicuous, the Dot is the way to go. At 1.7″ tall and 3.9″ in diameter, Amazon’s smallest speaker looks like a fabric-covered hockey puck, albeit one that’s available in dark and light gray as well as black. The Echo, by contrast, has a slightly smaller diameter but takes up nearly three-and-a-half times the vertical space. It’s also available in charcoal, heather gray, and sandstone fabric, plus a walnut finish that boast some serious mid-century vibes.

It makes sense that the larger the speaker, the better the sound. The Echo has two Dolby-powered speakers (a 2.5″ woofer for low frequencies and a 0.6″ tweeter for the highs) for room-filling, 360-degree sound; the Dot only has a single 1.6″ speaker. Here’s a fun fact: You can pair either two Echos or two Dots to create a speaker set offering stereo sound.

Currently about $50, the Dot is the more affordable option of the two. That makes sense given its smaller size and lower-quality sound. The Echo is now about $100.

Next, read: This Is the Smart Home Device People Trust the Least.