How to Quickly Get Rid of Spiders In Your Car 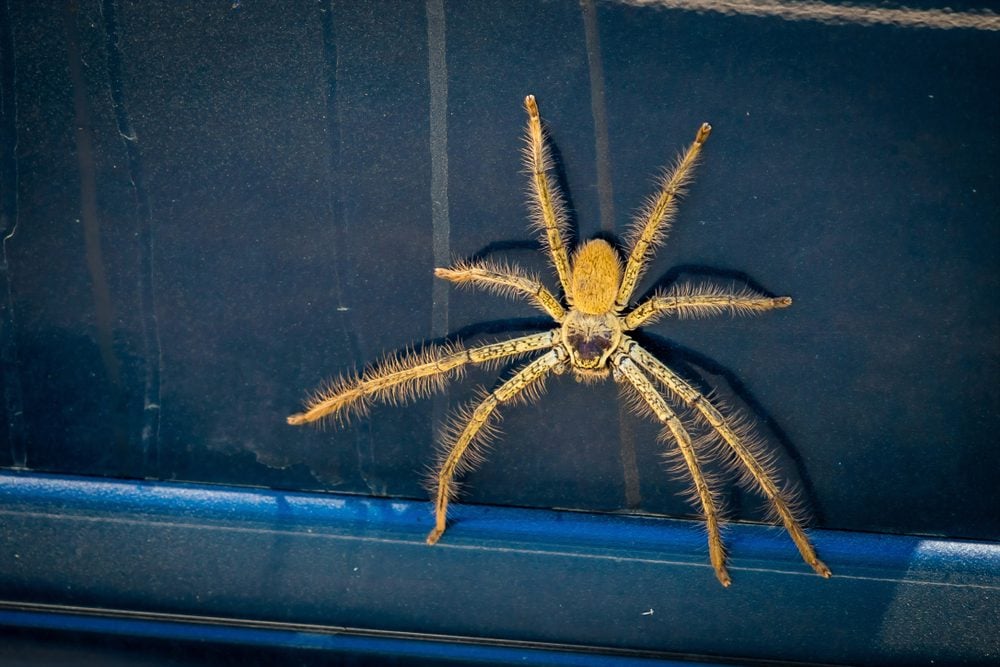 Think you’ve mastered how to get rid of spiders? Well, there’s something you need to know: Spiders aren’t just a nuisance for your home—they love to hang out in your car, too.

In a news report with CBS DFW, two reporters relayed the story of a not-so-friendly visitor an Australian woman had while commuting home one evening. One night while on the road, she looked up to find an enormous spider perched on the ceiling of her car. Afraid to make the spider move, the woman decided to drive the rest of her 20-minute commute before slipping out of her car. Once she was out, she locked the door and left the spider in there. But the next day when she returned to kill the spider, it had completely vanished.

After showing viewers the shocking video, one of the anchors asked the question, “how do you really kill that?” A few seconds of banter took place, and they moved on to the next topic. The anchor makes a solid point, and fortunately enough, there’s a way to kill the spider that doesn’t require you to smack the inside of your car with your shoe.

How spiders enter your car

In colder months, spiders like to hang out inside the edges of the doors and in the rail near the windows. Researchers have stated that spiders are disturbed by the vibrations cars can give off, which is why they move from their hideaways to smoother spots—such as a steering wheel, or the car’s ceiling—when you start driving.

Spiders can easily get in your car through the cracks in your hood. They find places to make a home within your vehicle, where there are damp and warm places for them to hide. They even find their way inside your side view mirrors! Once the spiders are inside your vehicle, they can crawl out through air vents and onto your dash.

How to get rid of spiders in car: A spider bomb for a car

In an effort to get to the bottom of this, WKBW Buffalo asked a garage owner what an easy solution could be for getting rid of these spiders quickly. His response? A “chlorine bomb.” It’s a package of chlorine that dealers will often use to remove odors in a car, and can help get rid of spiders as well. The chlorine smell should be strong enough to kill the spiders in your vehicle.

Once the spiders are out, keep them out by keeping your car clean. Spiders like to hang in damp areas, so having wet debris (such as leaves) will attract these creepy crawlers. Keep the car on a cleaning rotation to ensure you aren’t building up homes for spiders within your hood.

Trying to get rid of other bugs? Our ultimate guide to getting rid of the creepiest bugs will help with that.