What is the Deadly Kissing Bug? 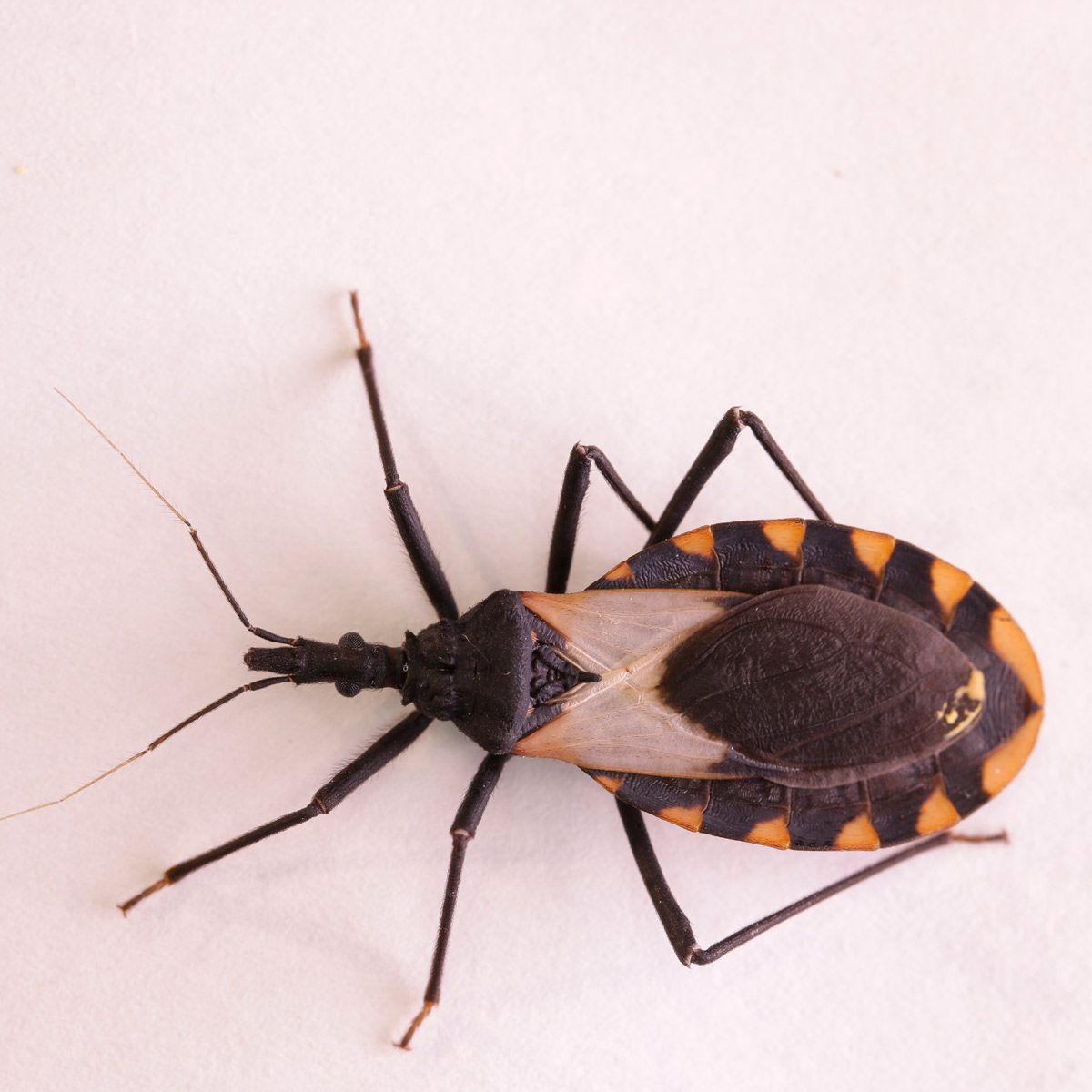 Getting bit by anything is a shock. Sometimes it leads to an itchy bump, and other times it leads to much more serious health issues. In the case of the “kissing bug,” it could be the latter.

Kissing bugs have been found throughout the continental U.S. since 1899. To date, there are 11 different species of the bugs have been identified in 28 states. The revelations of their dangers have sparked concern. Here’s what you need to know.

Here’s how to win the war on pests:

What is a Kissing Bug?

Nicknamed the “kissing bug” because they tend to bite people on the face, especially near the mouth and eyes, bloodsucking triatomine bugs hide in walls and roofs during the day, and emerge at night.

If a person is bitten by a triatomine bug, in addition to general discomfort, the concern is that these bugs can carry Trypanosoma cruzi, the parasite that causes Chagas disease.

People can also get infected by consuming uncooked food contaminated with feces from infected kissing bugs, or through blood transfusions, organ transplants and accidental exposure in a laboratory. Furthermore, if a pregnant mother is infected, she can pass the infection along to her baby.

What is Chagas Disease?

Also referred to as American trypanosomiasis, Chagas disease is an inflammatory, infectious disease caused by the parasite Trypanosoma cruzi, which can be present in kissing bugs. It’s common in South America, Central America and Mexico. According to the Mayo Clinic, if Chagas disease is left untreated, it can cause serious heart and digestive problems. Here’s how to get rid of annoying ants.

Where are Kissing Bugs Found?

According to the CDC, kissing bugs can live indoors, in cracks and holes of substandard housing, or in a variety of outdoor settings, including:

They’re most prominent in the southern United States, Mexico, Central America and South America (as far south as southern Argentina). Yuck! Here’s how many insects you’re eating every year.

Adult kissing bugs measure between 3/4 and 1-1/4 inches in length and can be identified typically by a band around the edge of the body that’s striped with orange or red markings. They have long, thin legs, while their mouths look like large, black extensions of their heads, which also gives them the nickname “cone-nose bug.”

How to Get Rid of Kissing Bugs

Keep kissing bugs away by sealing gaps around windows and doors. Also, be sure to fill any holes or cracks in walls or screens. You may also want to consider letting your pets sleep inside at night. Cleaning up piles of wood or rocks against your house is also suggested.

A kissing bug bite will likely not feel like much, and since they are only out at night, you’ll probably be asleep when you’re bitten. “Most individuals report that kissing bug bites do not hurt,” notes AAA Pest Control.

What to Do If You’ve Been Bit

Because of the seriousness of a bite, which has been reported to cause heart failure, stroke, irregular heart beat or sudden death, you should seek medical attention immediately. Reactions may vary, from unnoticeable to anaphylactic shock.