Why a Bat House Isn’t a Batty Idea 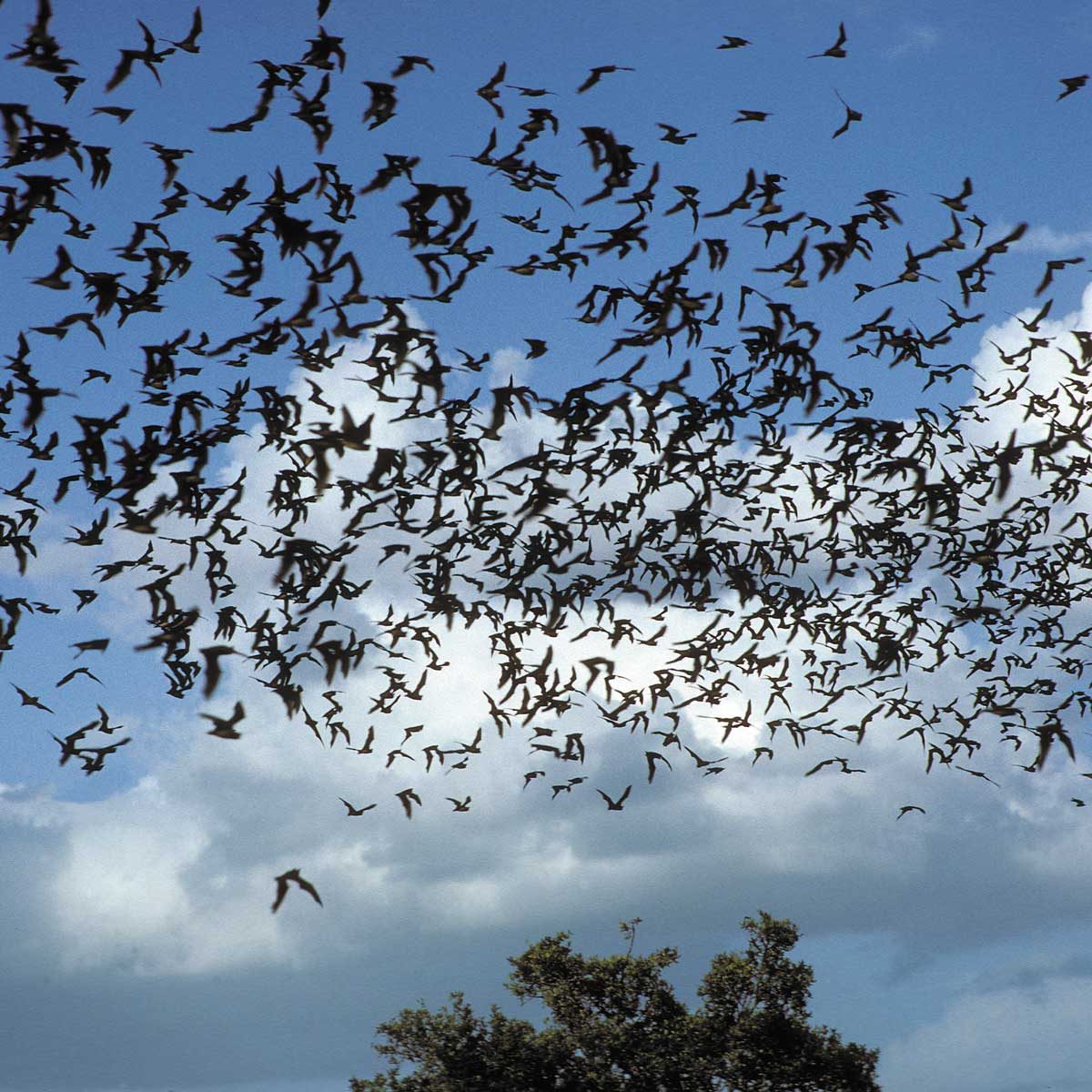 Despite their scary reputation, bats are a critical and harmless part of a healthy environment. They help keep bug populations under control by eating tons of insects every night—not bad for a tiny mammal weighing less than a 1/2 ounce. Bats are the only mammal that truly flies, and are well-known for putting on a great show with high-speed twists and turns, using an echolocation system so advanced we have yet to fully understand how it works. Some species are also important pollinators, and in the tropics, bats are critical to seed dispersal and forest regeneration.

Bats are facing trouble and populations are starting to decline in different parts of the country due to white-nose syndrome.

Why Bats are Important for the Environment

Still not convinced? Here are a few more facts about bats:

Bats can eat close to their own weight in bugs every night—more than 1,000 mosquitoes in an hour. Bats also consume huge quantities of agricultural pests, reducing the need for toxic pesticides.

Bat sonar is more sophisticated and efficient than comparable human technology. Bats in flight send out anywhere from 10 to over 200 ultrasonic calls per second, and almost instantly translate the sound waves that echo back into images so precise that they can detect a single human hair in total darkness while flying at full speed. And far from being blind, most have good eyesight.

Bats never attack humans, but they enjoy the tasty mosquitoes and gnats swirling around our heads, and will occasionally swoop close to get one.

Contrary to myth, bats almost never cause rabies in humans. For the entire U.S., bats cause only 1.3 cases of human rabies each year.

There are no vampire bats in the U.S., and they don’t like human blood anyway—farm animals taste better.

Most bats return to the same nesting and hibernating sites year after year, and have been known to live more than 30 years.

Female bats average only one birth a year, and populations in various parts of the country have declined dramatically. However, bats, like many birds, are quite willing to live in man-made houses, so long as they’re warm and dry and have someplace to hang from. You can buy bat houses for $35 to $180, or better yet, build your own. A simple three-chambered house big enough for a bat nursery takes less than a day to build and finish, and even the Taj Mahal of bat houses will only take a weekend.

Bats need plenty of warmth—roughly 10 hours of direct sunlight in cold climates, down to 6 hours in desert areas. They prefer a high location for protection from predators, at least 12 feet up on a post or the side of a house in an area clear of tree branches. You can also attach bat houses to trees, so long as the bat house gets enough direct sunlight and isn’t surrounded by branches.

Bats like to be within a 1/4 mile of water (or at least a backyard pond), and prefer areas with plenty of natural vegetation and nearby farmland. However, one of the largest bat roosts in the country is under a busy bridge in the middle of Austin, Texas. 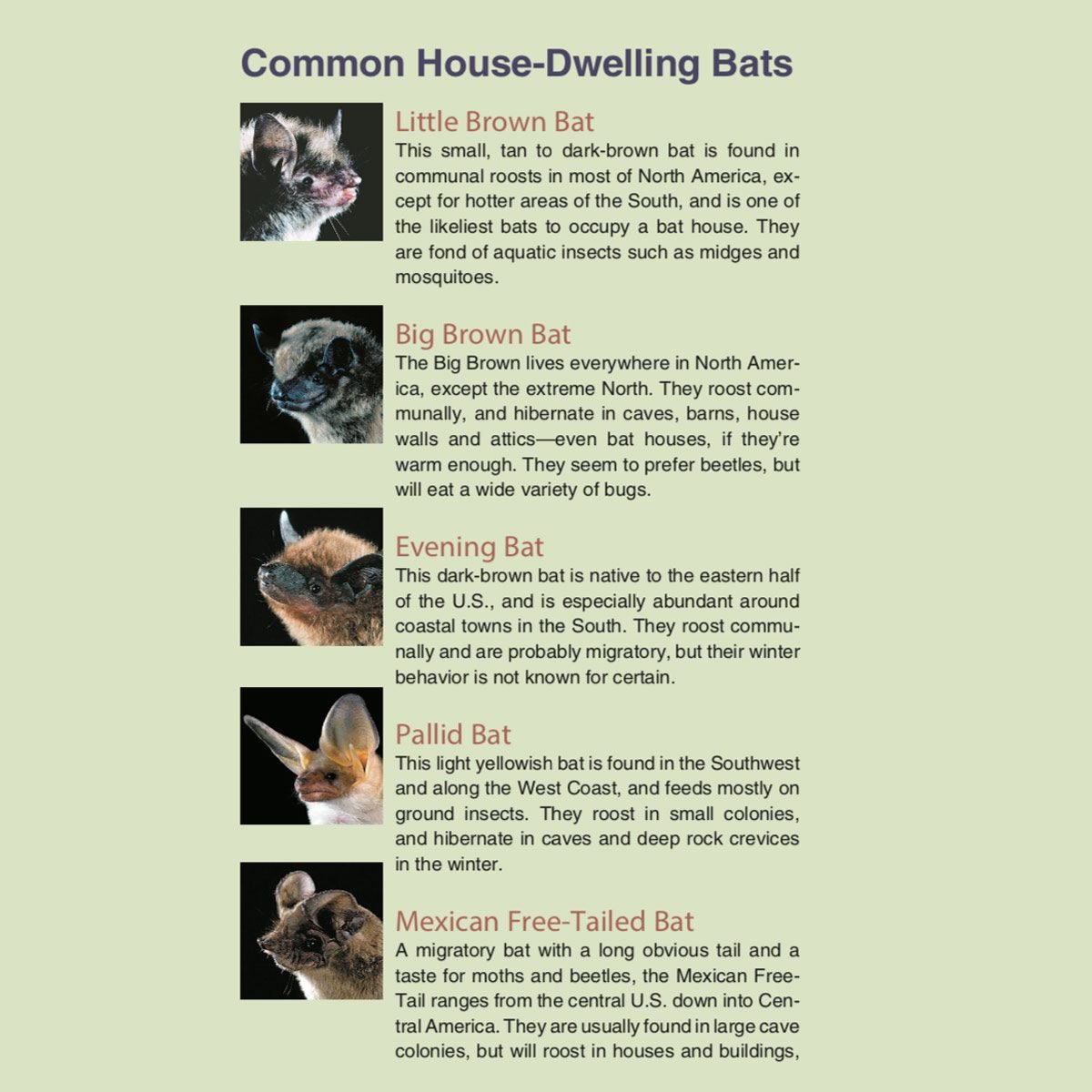