Why You Should Store Extra Bags in Your Trash Can 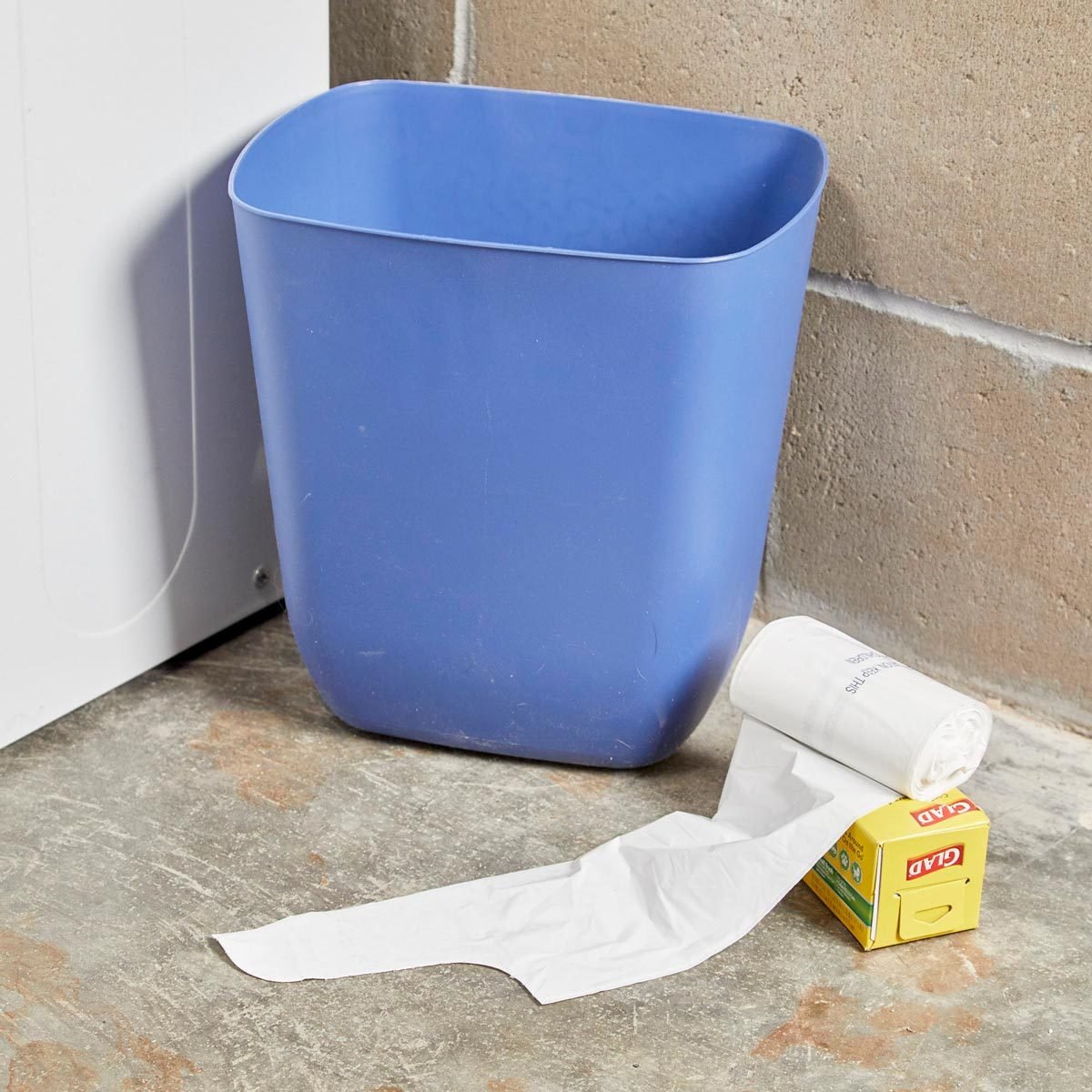 Keep Extra Bags in Your Garbage Can

“Taking the garbage out is my least favorite chore because there are so many garbage cans around the house. To make the job a bit easier, I store a roll of garbage bags in each trashcan under the bag in use. This way I can quickly a set up another bag the next time I take the garbage out, and there’s no need to make another lap around the house placing bags in each can.”  — Chuck Holzer

Disguise your garbage can with these 9 brilliant ideas. 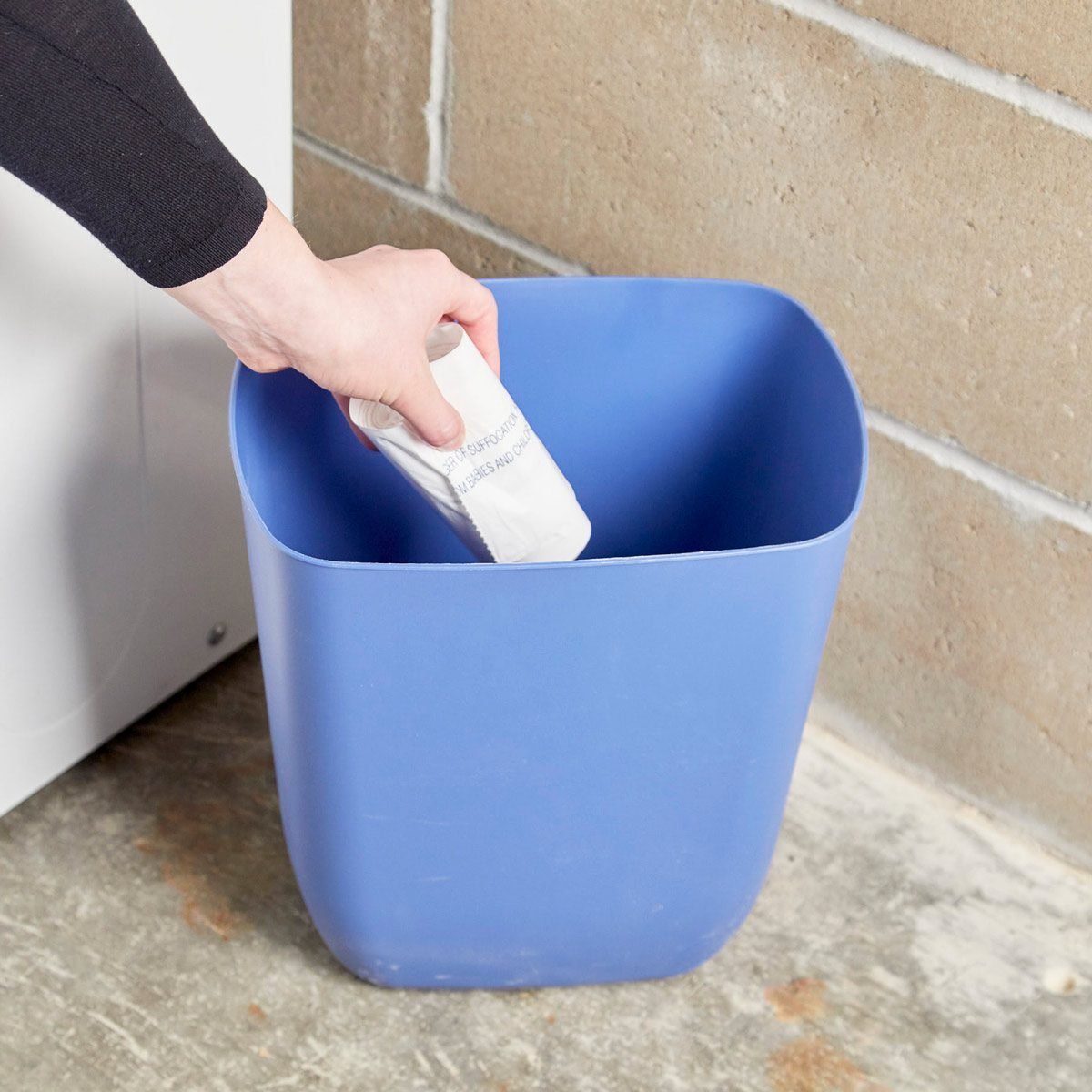 Check Out These 24 Things Your Garbage Collector Wants You to Know:
1 / 24 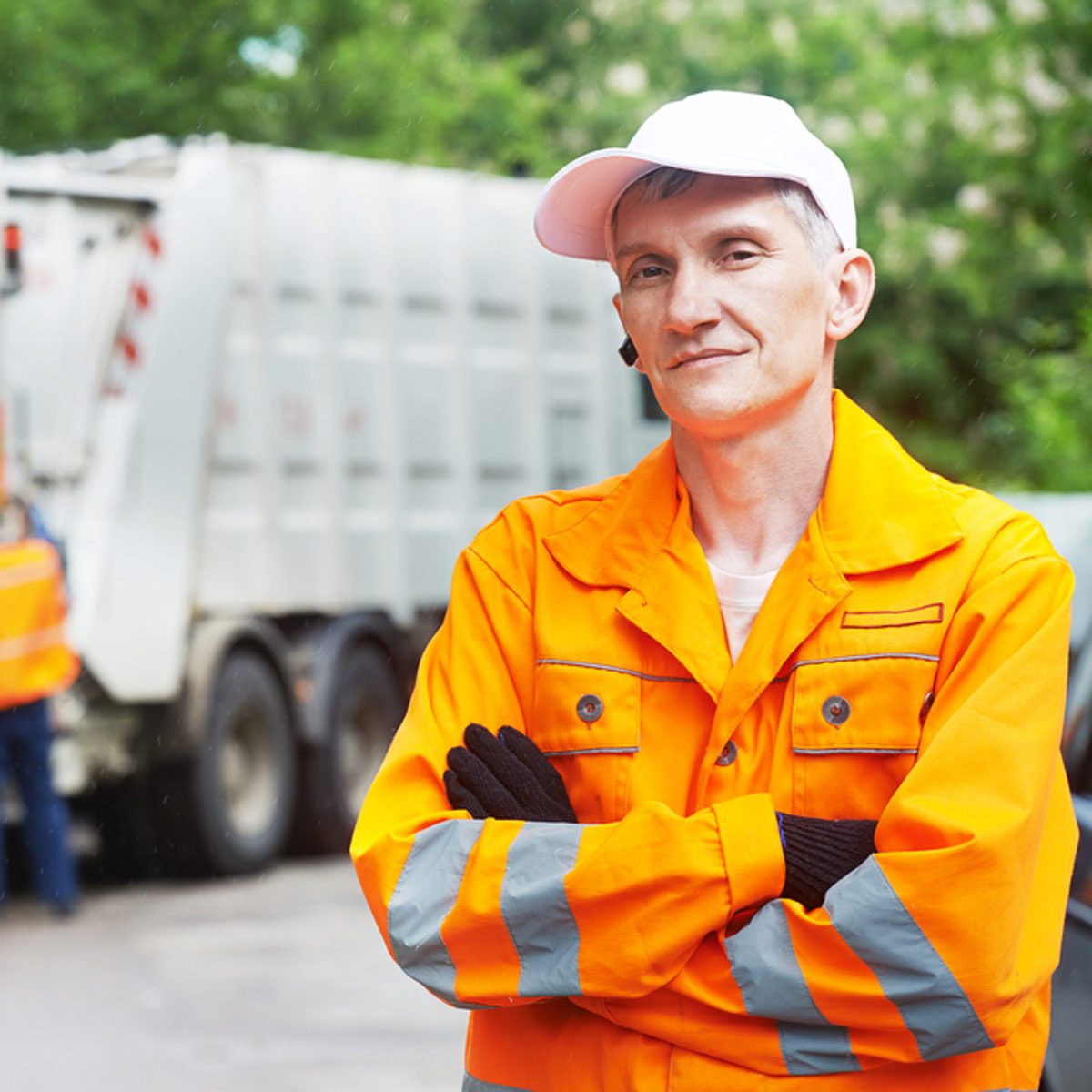 We Make a Good Living

We make a better living than you might think, especially for a job that doesn’t usually require a high school diploma. The average annual salary for a garbage collector is almost $38,000, according to the U.S. Department of Labor, but we can make significantly more. In Chicago and other nearby cities, a garbage collector can pull in an average of $51,500 a year.  Plus we have great job security:  This is one role that can’t be outsourced overseas! You shouldn’t be throwing these food parts in the garbage. Stop losing your garbage can lid with this incredible handy hint. 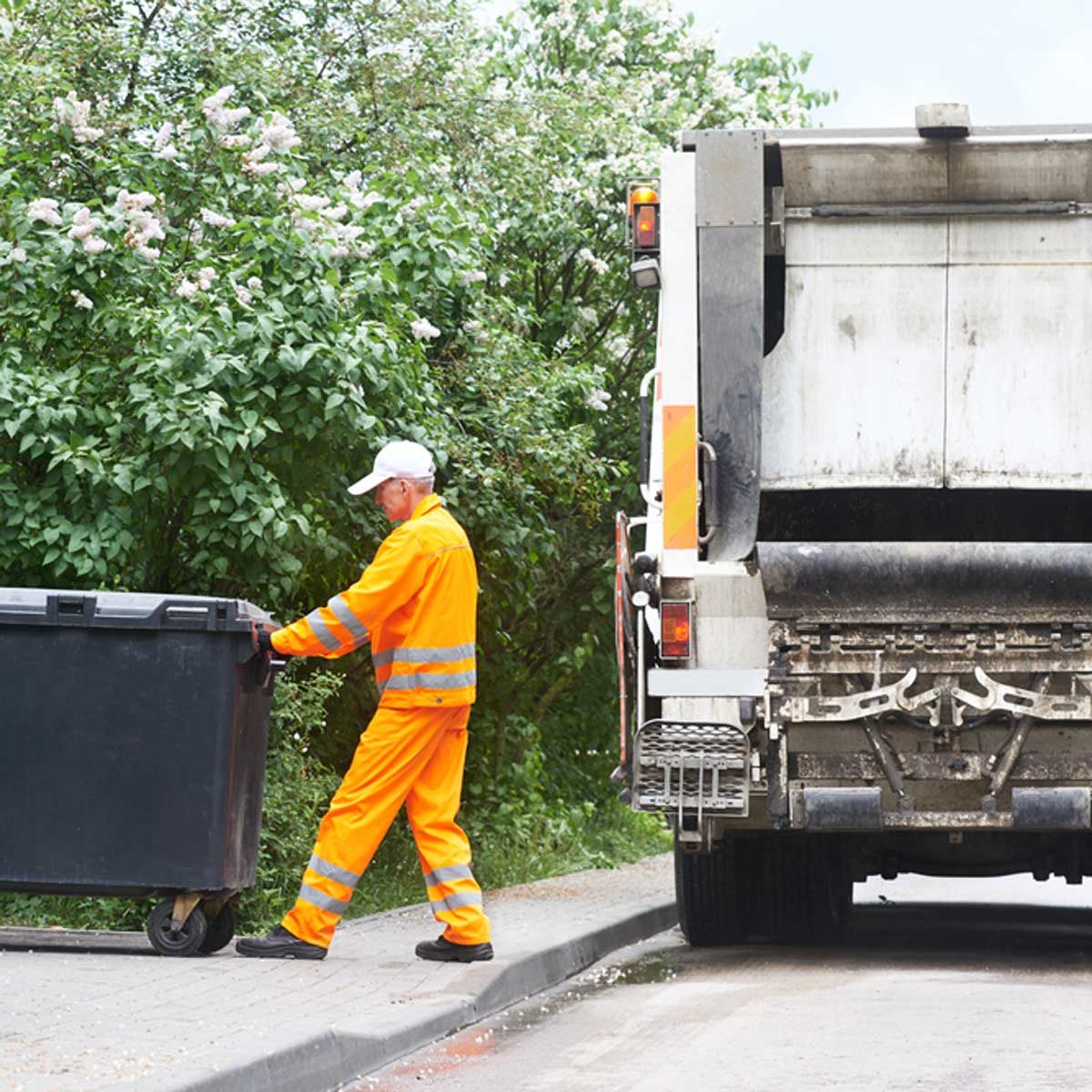 The Work's Not Easy

Those assigned to a traditional rear-loading truck lift an average of 13,000 pounds per day. The Bureau of Labor Statistics rates garbage collecting as the fifth-most-dangerous job  in America, behind roofers, airplane pilots, fishermen, and loggers. Know what else is a dirty job? A home inspector, especially after you see the 100 shocking things they've seen in a home. Try these tricks to cut back on food waste and save money. 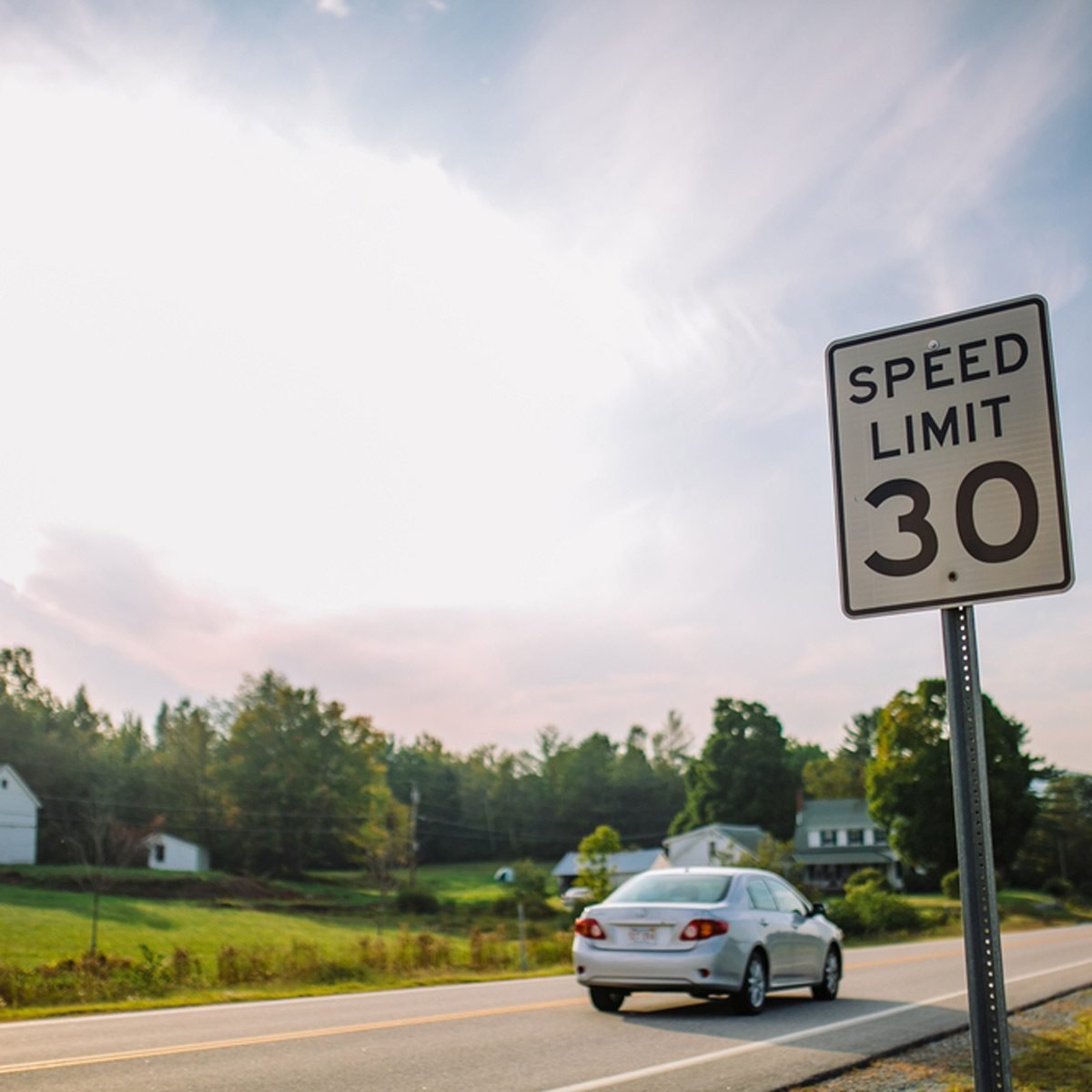 Getting hit by passenger cars when we’re stopped. At least nine states have laws requiring drivers to go slower than the posted speed limit when driving by a stopped garbage truck. This man created a museum dedicated to garbage. It might make you rethink what you throw out, especially when you can make one of these awesome treehouses with reclaimed material. 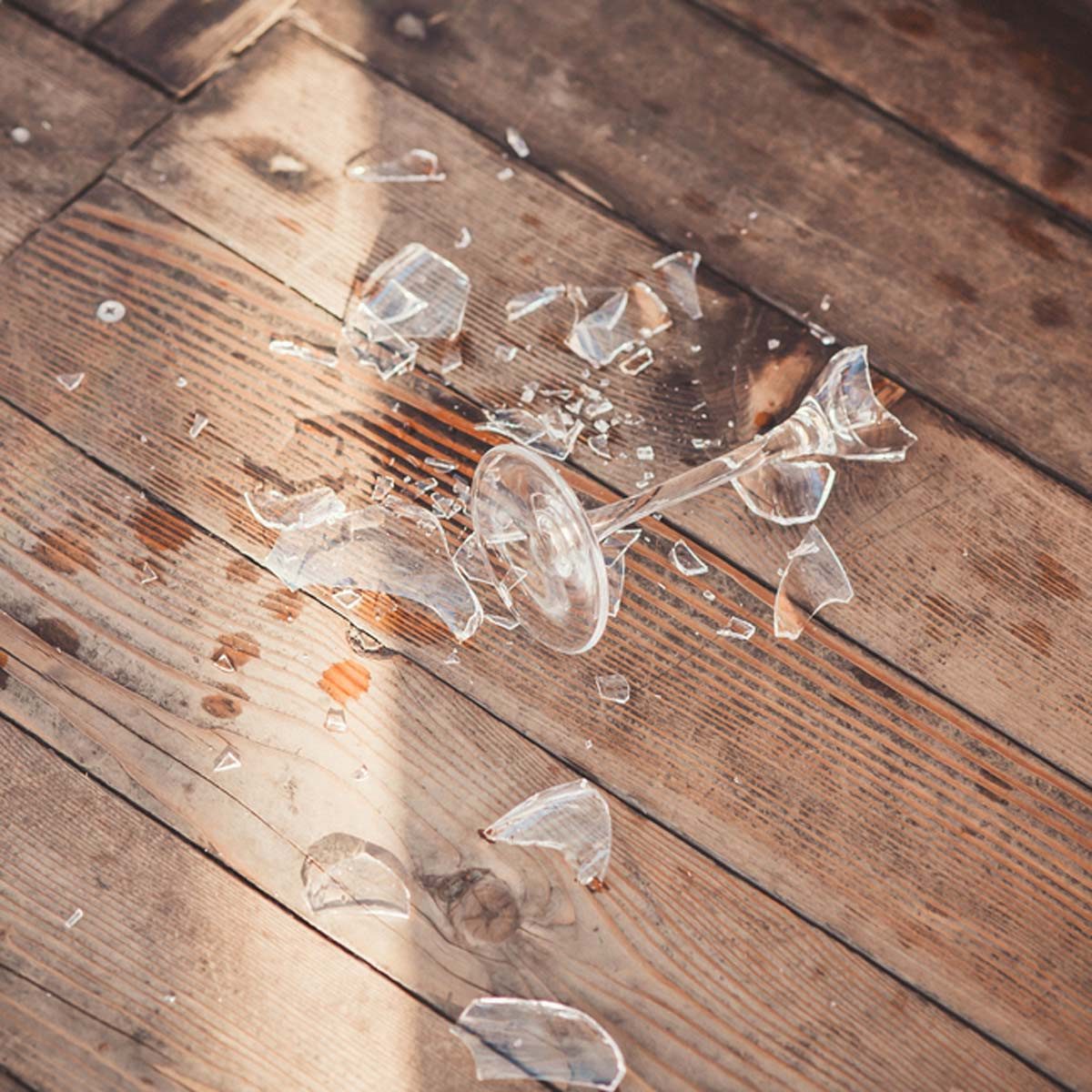 You Can Help Us Stay Safe

You can also make the life of a garbage collector safer by wrapping your broken glass  in newspaper first, to spare us bloody hands. Here's the smart way to deal with broken glass. And think twice before throwing out any chemicals. We’ve witnessed entire trucks go up in flames after chance chemical reactions  in the back, often thanks to a farmer who dumped toxic pesticides. 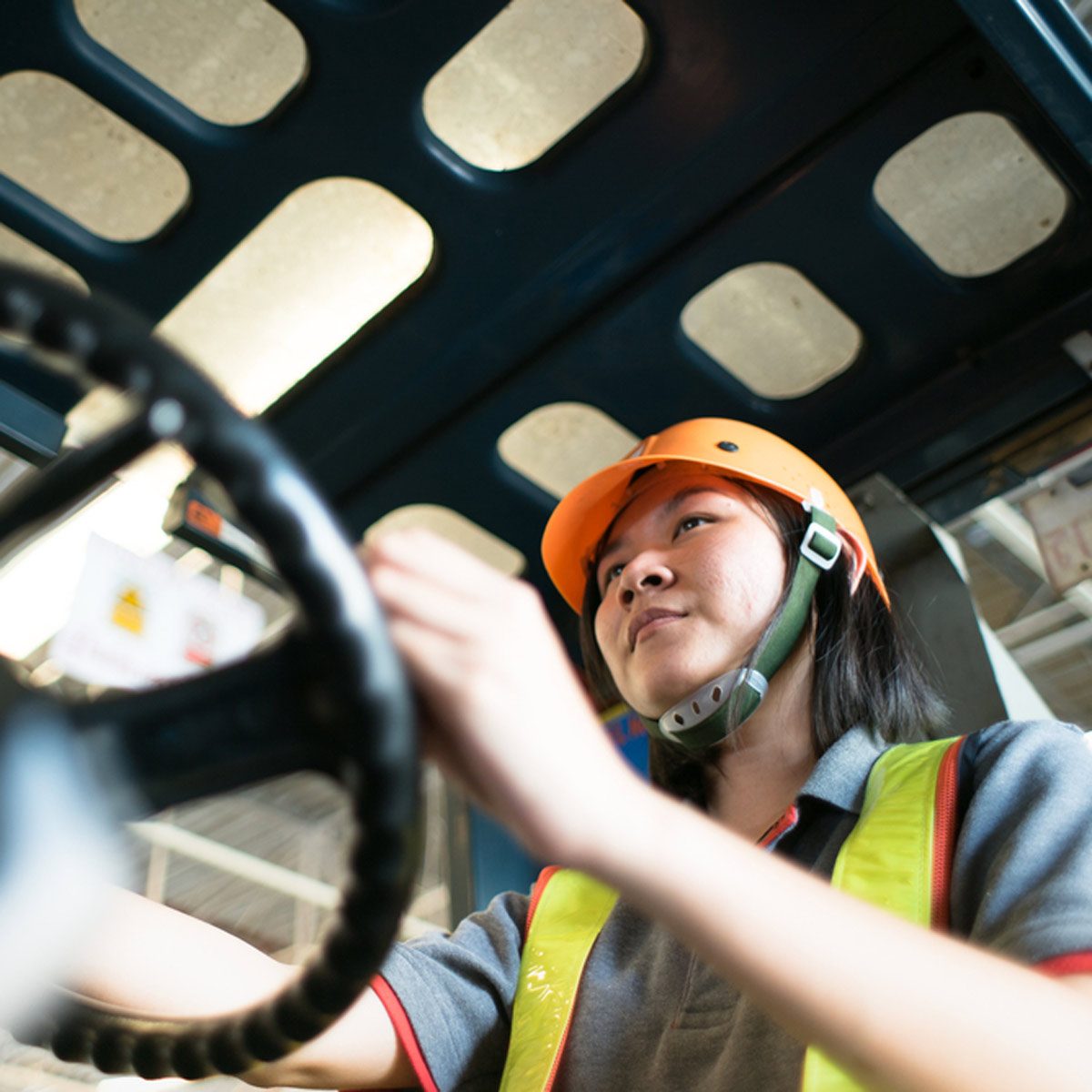 Yes, There Are Garbage Women

They make up only a tiny percentage of our ranks. We think that’s probably because there just aren’t many women excited about the smell, the maggots, and the other not-so-pleasant aspects of being a garbage collector. Be sure you don’t leave these things outside and here's how to stop your garbage can from blowing over in the wind. 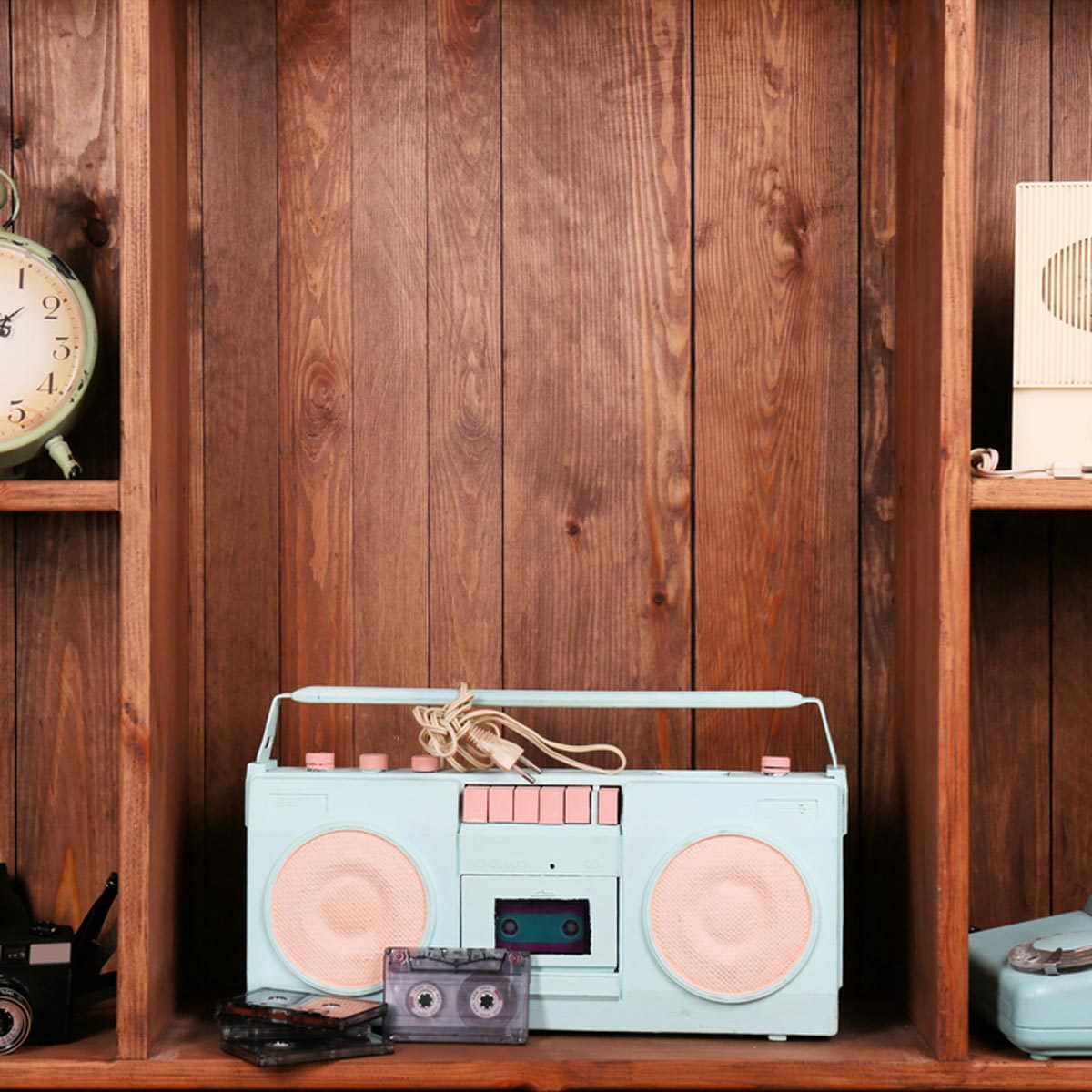 Your Trash Can Be Our Treasure

If someone is moving out of a nice neighborhood, we watch carefully as we dump. We’ll even grab a bag and rip it open to peek at what’s inside. You never know when you’re going to find a Gucci purse, an old-fashioned watch, or a fur coat, like these fortunes found in attics. Speaking of trash to treasure, these are items that you should always buy used. 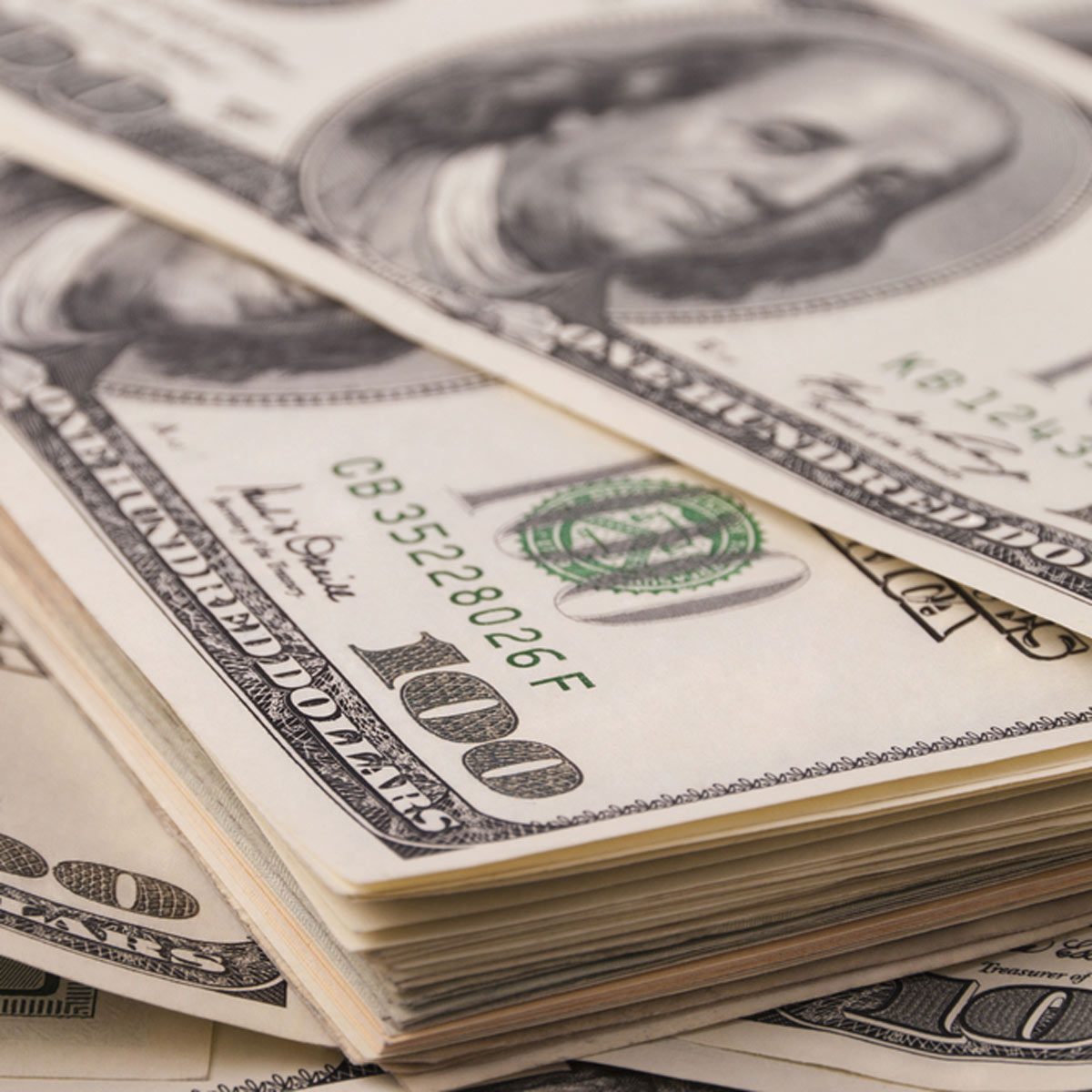 We Get Unexpected Bonuses

Some of us have even found  cash in the trash. Earlier this year, a garbage collector in Augusta, Georgia, pulled $8,500 out of a can! (He returned it to the can’s owner.) 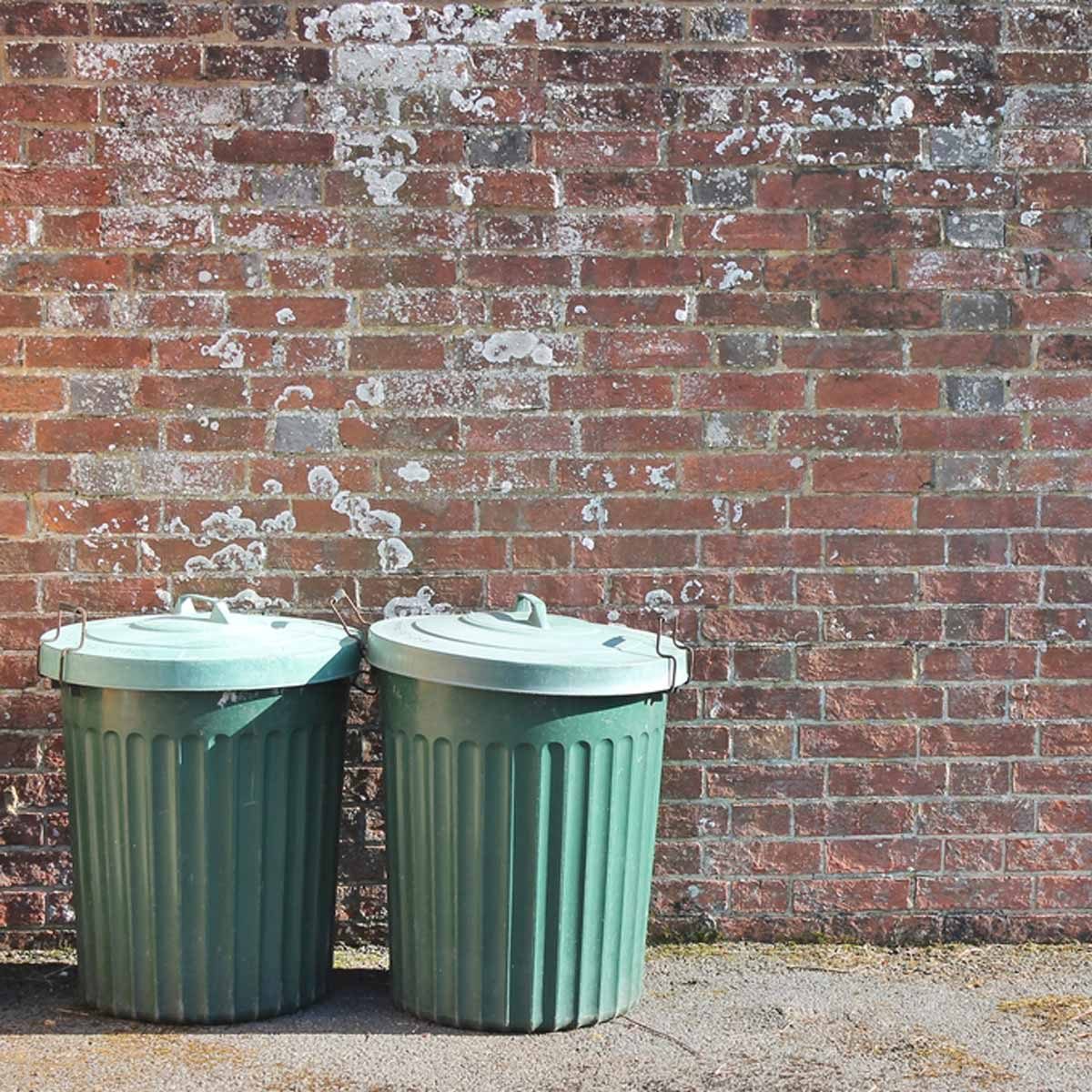 Yes, We Do Judge You By Your Can

Clean trash can? You’re probably a neat and clean person. We look at restaurants the same way. If their garbage is a disgusting mess, what do you think their kitchen looks like? Disguise your garbage can with these 9 brilliant ideas. Don’t throw out these food parts. 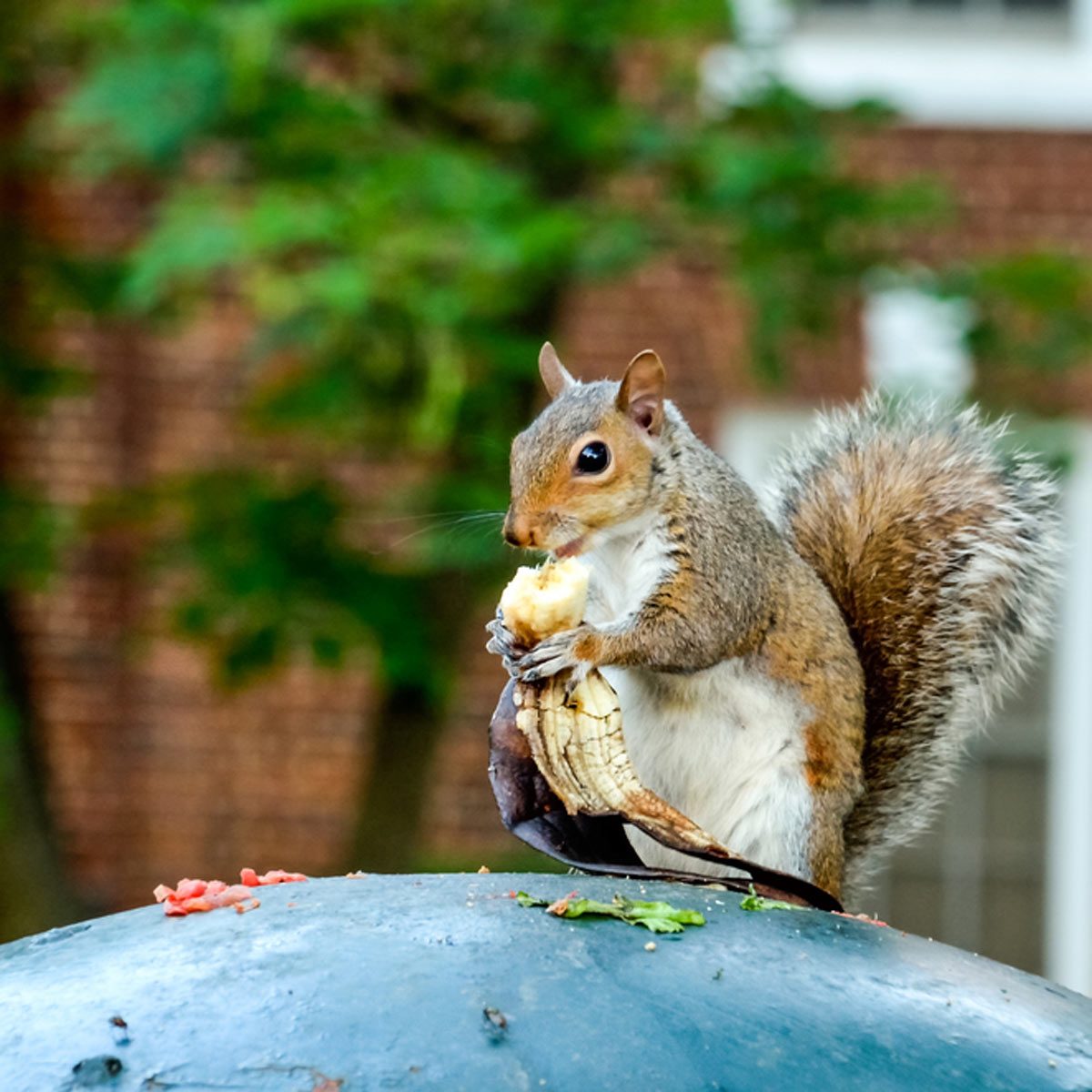 Squirrels Are the Worst

We’ve clashed with rats, raccoons, and other critters, but squirrels have become the real monsters of the garbage. A squirrel can bite right through the plastic of your bin; then, when we lift the lid, it flies out of there like a bat out of Hades. Here's how to keep squirrels and other pests away from your garbage containers. 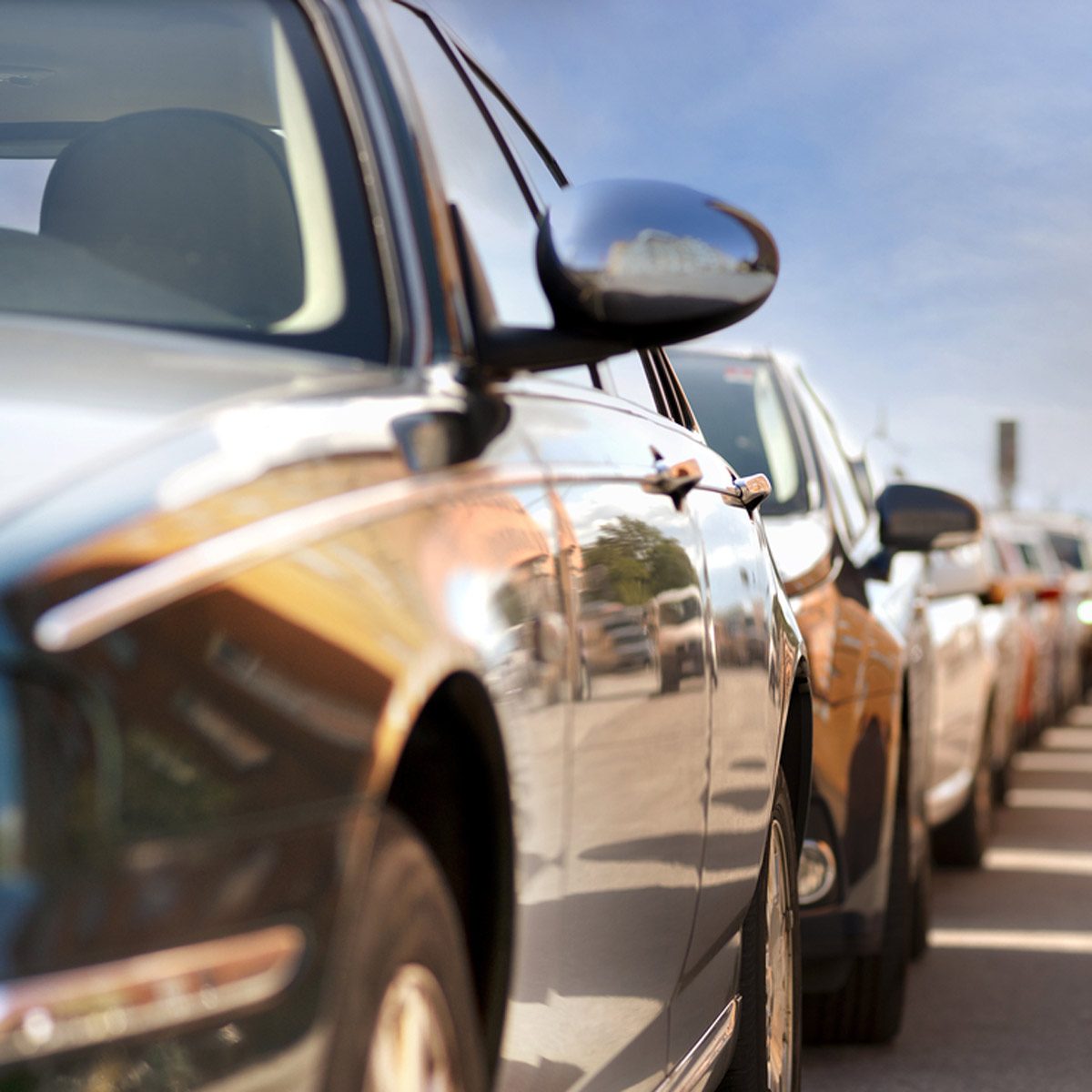 Think About Where You Park on Pickup Day

Our biggest pet peeve: people who park in front of their containers. If we’re driving a one-person truck with an automated arm, we have to get out and move your bin, so your pickup takes twice as long. 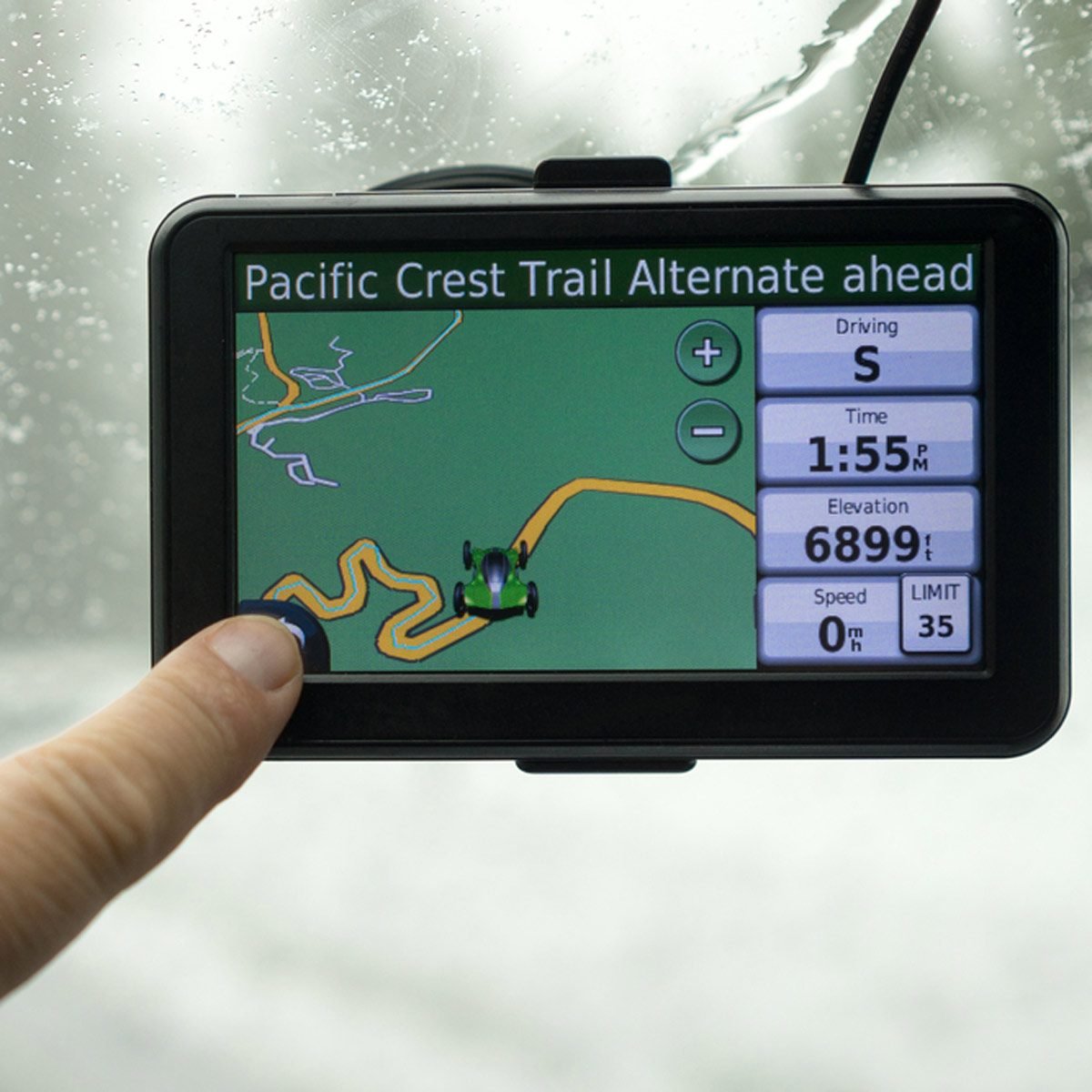 Every route is budgeted a certain number of hours for completion; if we come in over that, our bosses question us to make sure we’re not just angling for overtime. There are also cameras and GPS in some of the trucks so garbage collectors can be monitored at all times. Here's a super simple solution to stop things from sliding around on your car's dash. 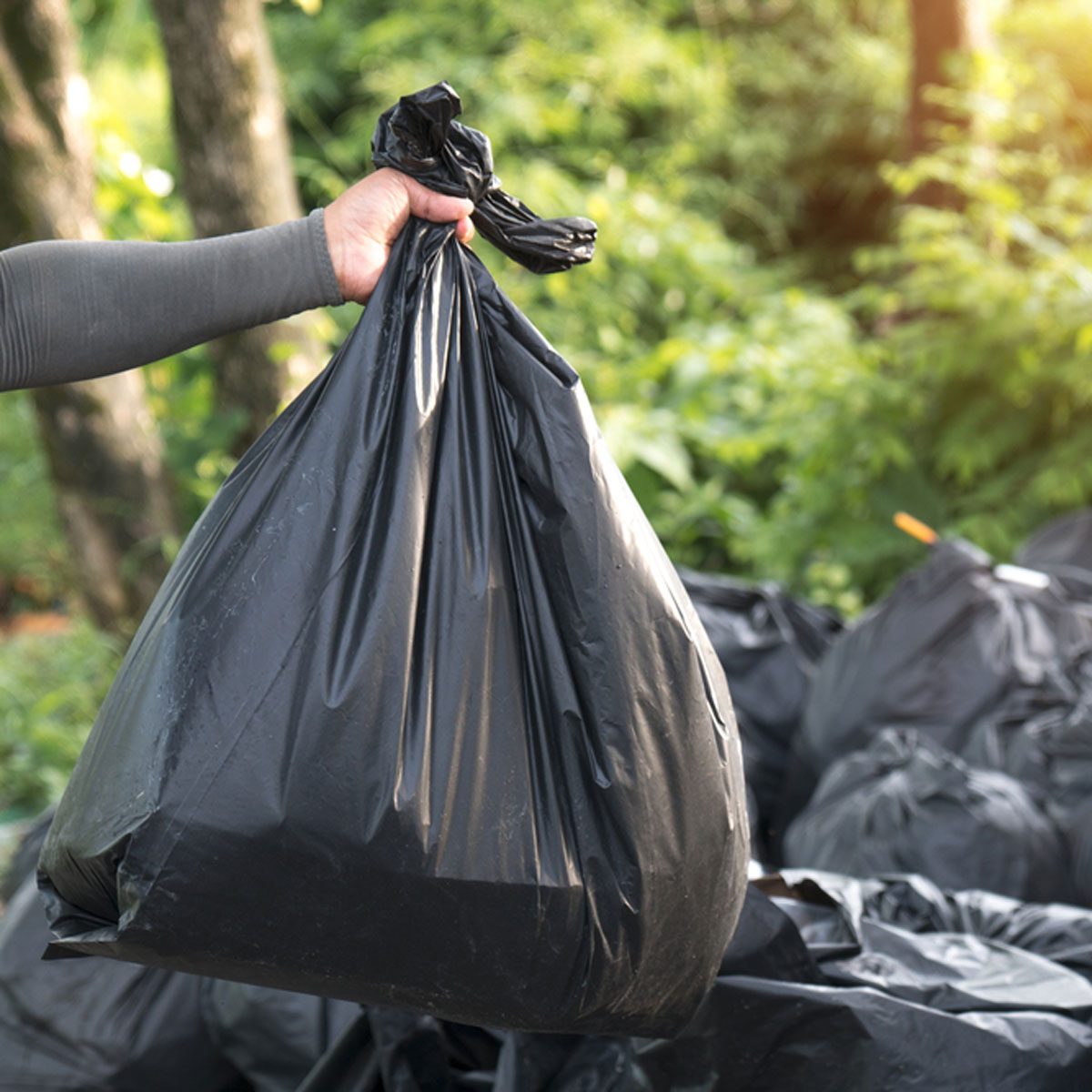 We Can Help If You Forget to Put the Trash Out

We know sometimes it can be tough to get your cans out early. If you miss the pickup, give us a call and we may be able to swing back and get it. Some towns have a “complaint truck” that does a late run to grab anything that’s left. 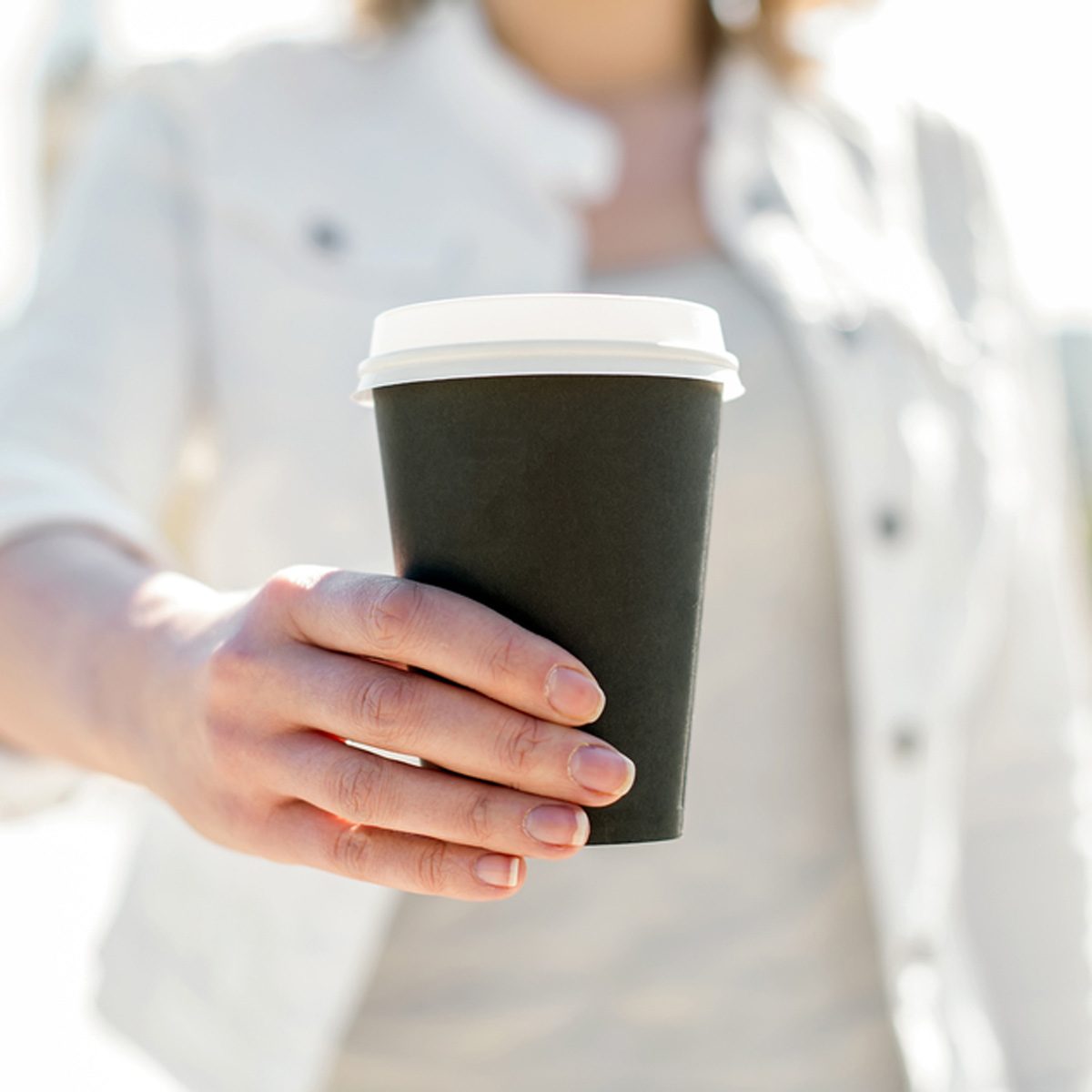 We Always Appreciate a Nice Drink

Please, we would love a drink of water on a 100-degree day.  If it’s freezing outside, offer your garbage collector some coffee. It’s a simple gesture, but it’ll rocket you onto our list of favorite customers. Don’t miss these 23 things your mail carrier won’t tell you and the 12 unusual things postal carriers see every day. 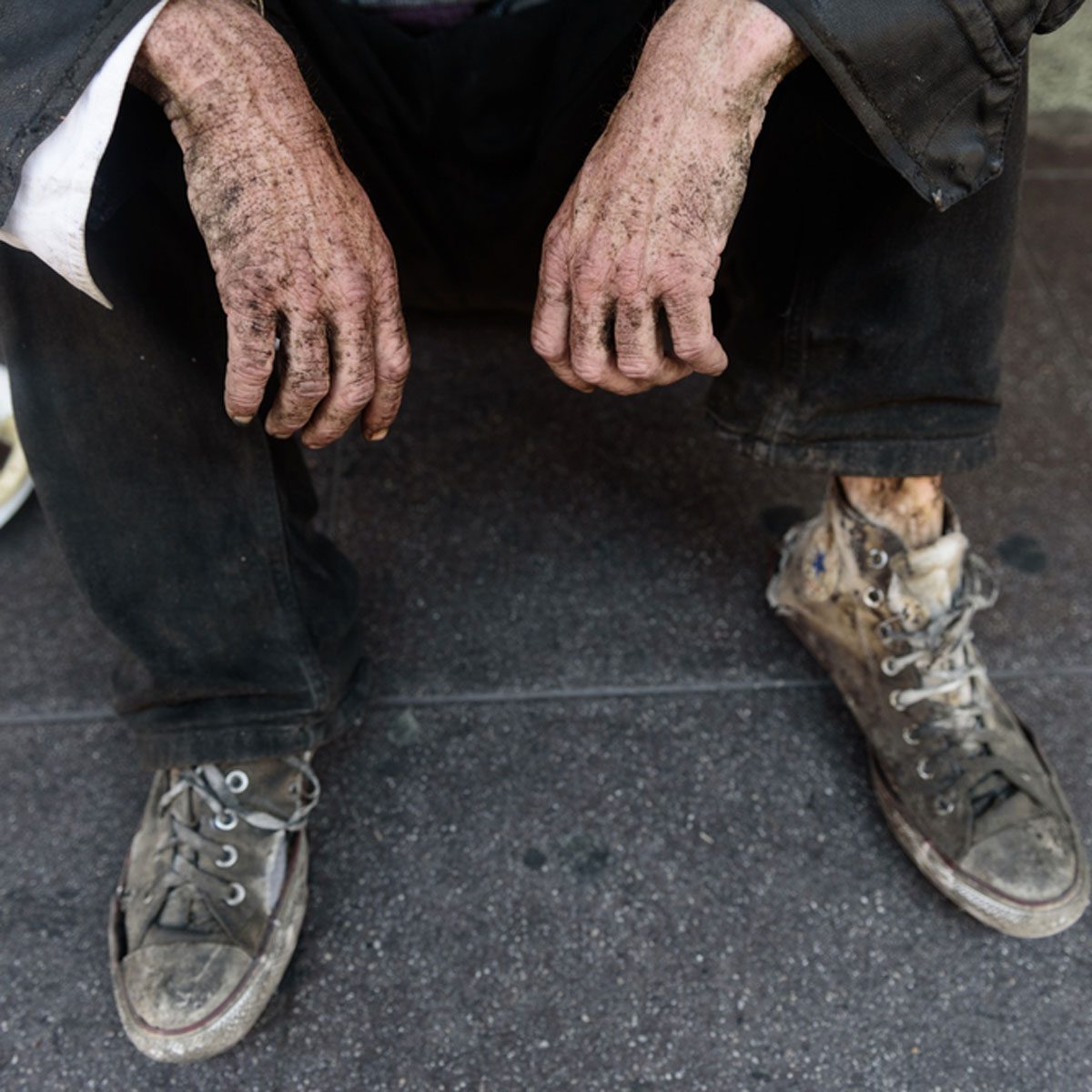 We Are Always Watching for Homeless People

Sometimes, when my truck lifts up a dumpster, I’ll hear yelling and banging—and a homeless person will pop up out of there. When it’s cold or wet outside, they see the bins as a nice warm place to get out of the rain. 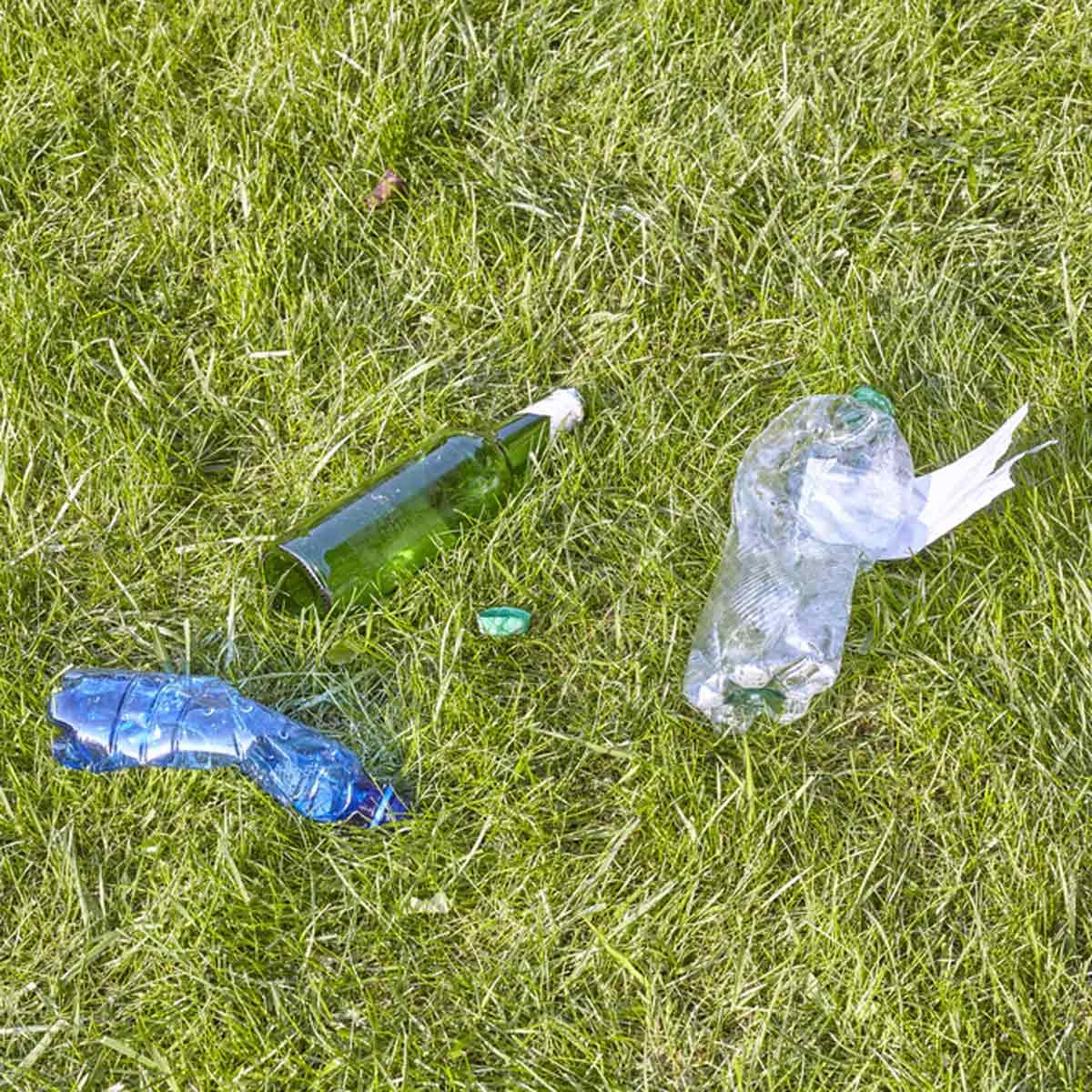 Don't Blame Us If You Find Trash Splayed Across Your Lawn

That usually means that your roll cart was facing the wrong way. Our automated arm can still pick it up, but when we dump your garbage into the truck, some of it stacks on the underside of the open lid. Then, when we put the can down, the lid is like a catapult and it shoots trash everywhere. (Look for arrows on your cart showing which side should face the street.) Try this garbage bag holder so you don't have a mess inside the can. 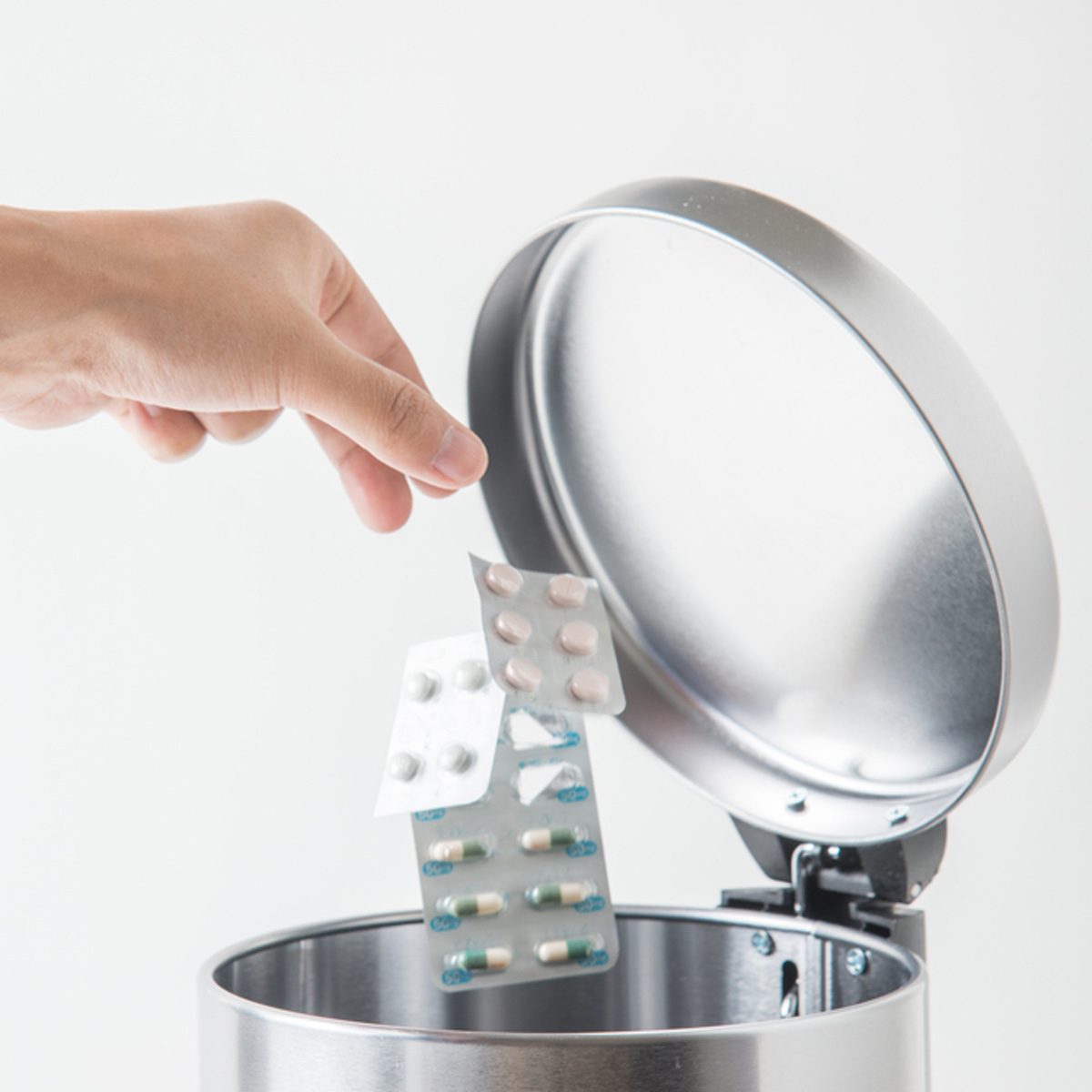 Most of the Time, If You've Thrown Something Away, It's Gone

But one time we had a woman who called us, freaking out, because her child with special needs had thrown out a grocery bag that had his medication, her checkbook and some money. She wanted to know if there was any way to retrieve the bag. Well, the truck had already picked up the trash from about 1,000 homes on that route. How were we going to find the one bag? But we decided to try. We had the truck dump in a special area, recruited some other garbage collectors, spread everything out and started searching. It took an hour and half, but we actually found it. Check out these 11 “disposables” you should stop buying now, better yet here are 18 things you never knew you could recycle. 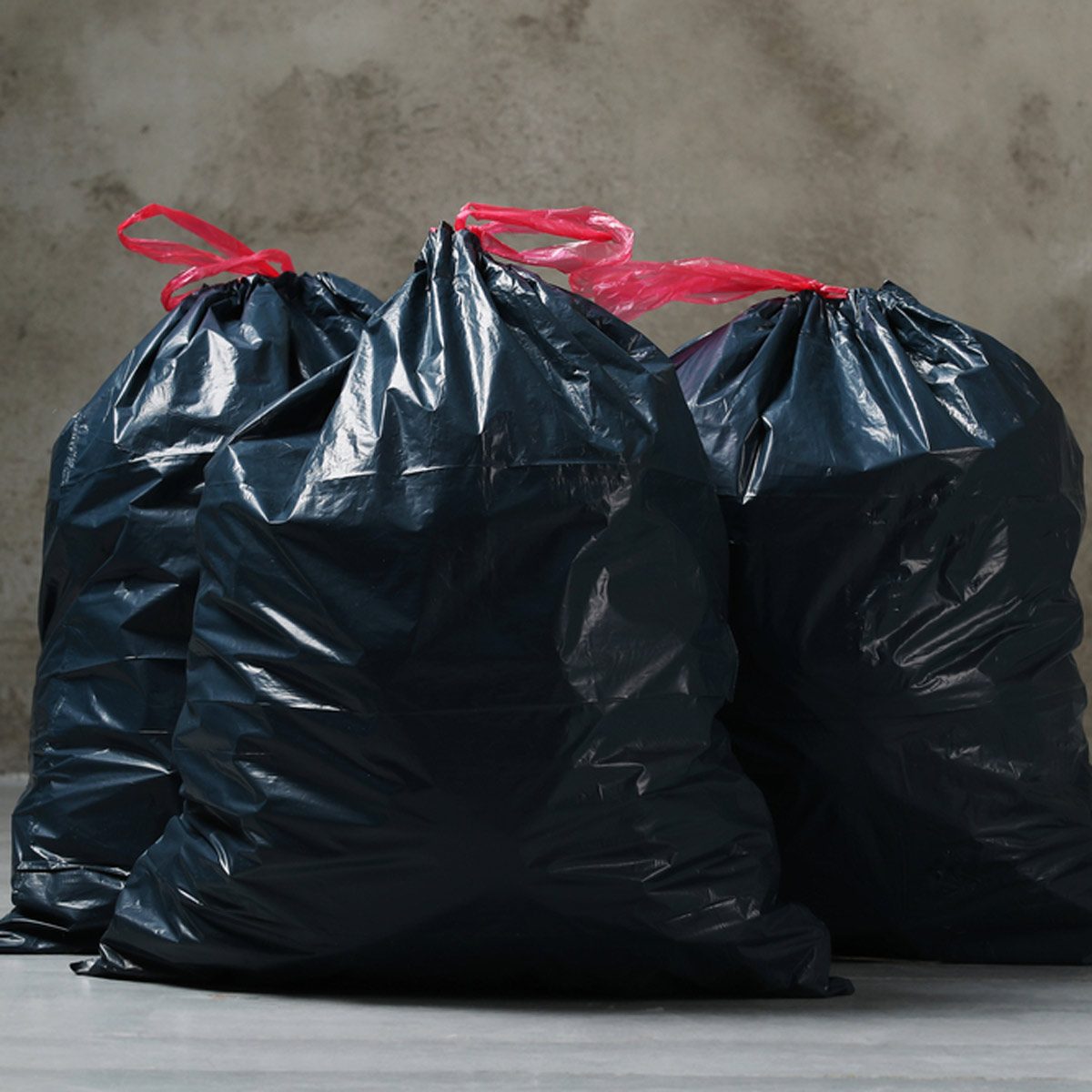 Your bin will last longer and smell better, and you’ll make your garbage collector a happy man. And speaking of bags, we always know when you buy the cheap ones. They bust apart as soon as we lift them. Here are the craziest things garbage collectors have found in the trash. If you've ever struggled to get a garbage bag out of a garbage can, here's the reason why and how to fix it. 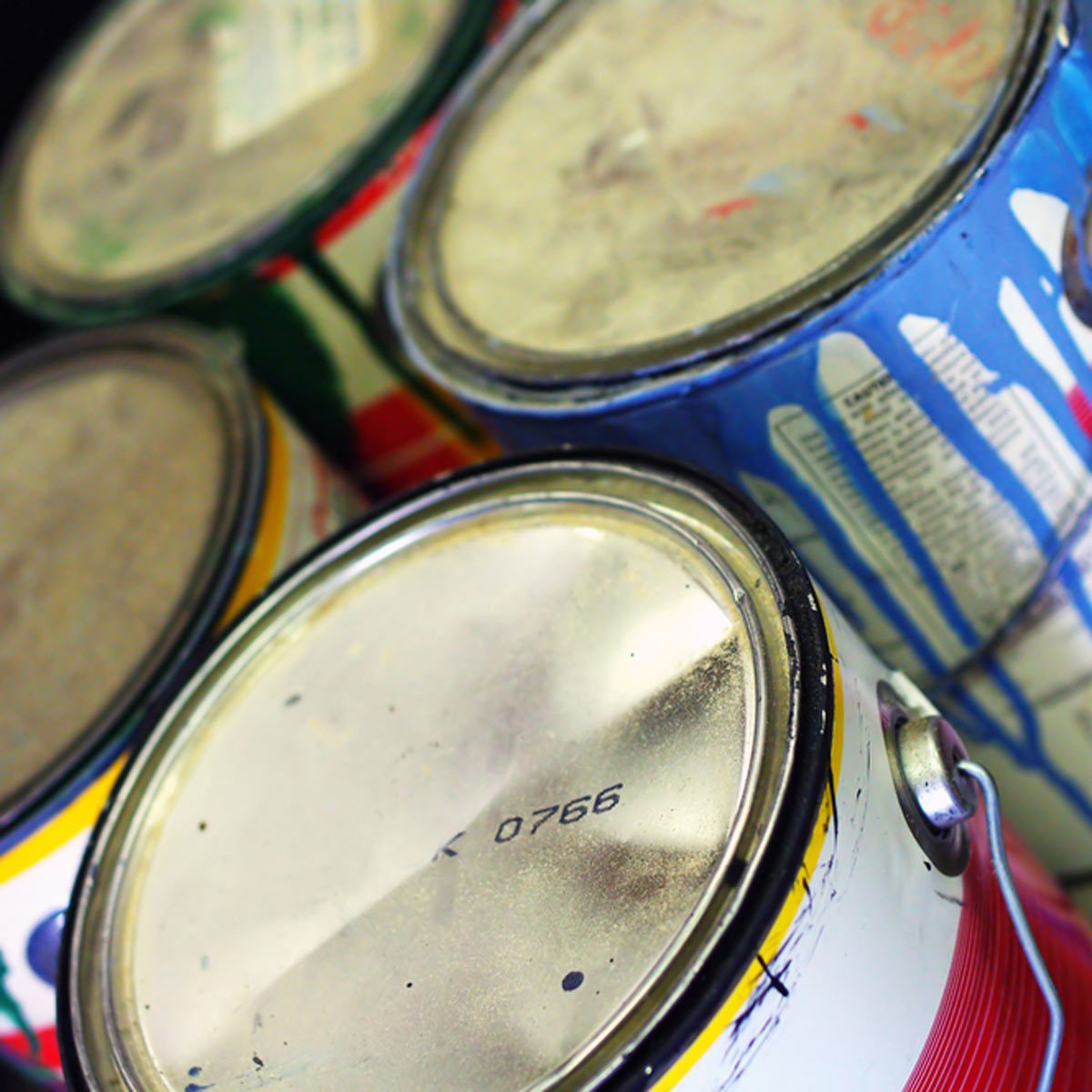 Remember, in most towns these things are not allowed in the trash: gallons of paint, fluorescent light bulbs, motor oil and cast-off electronics (televisions, computers). Unfortunately, it’s tough for us to catch if you bag them up. So we appeal to your conscience by reminding you that those items contain toxic substances that contaminate groundwater. Instead, take them to a hazardous materials facility that will dispose of them safely. Avoid putting these things down your garbage disposal. 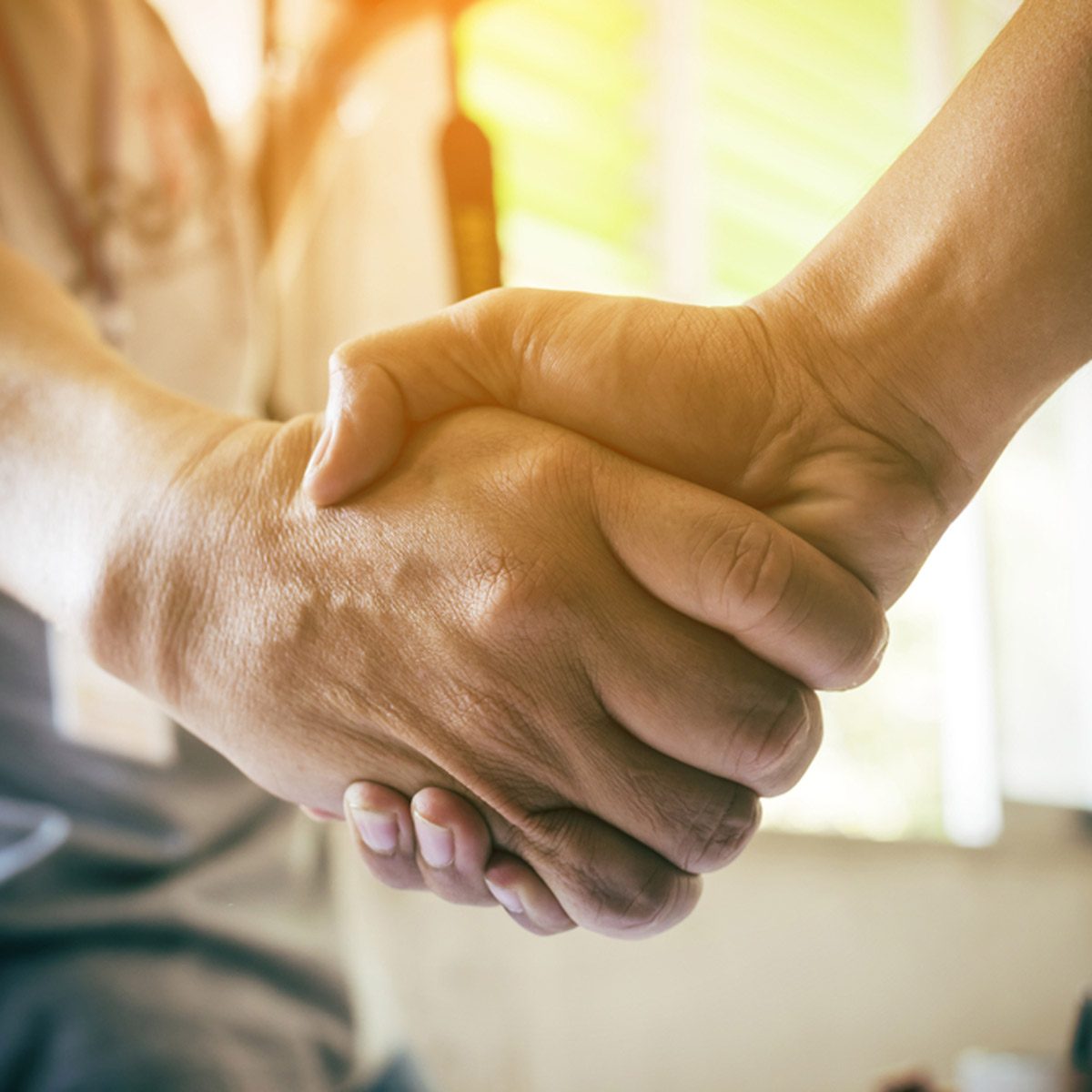 Most of Us Genuinely Love What We Do

We like being out and about and physically active instead of stuck in an office. We like taking care of people, and serving the public. And hey, we’ve have great job security: this is one job that can’t be outsourced overseas! 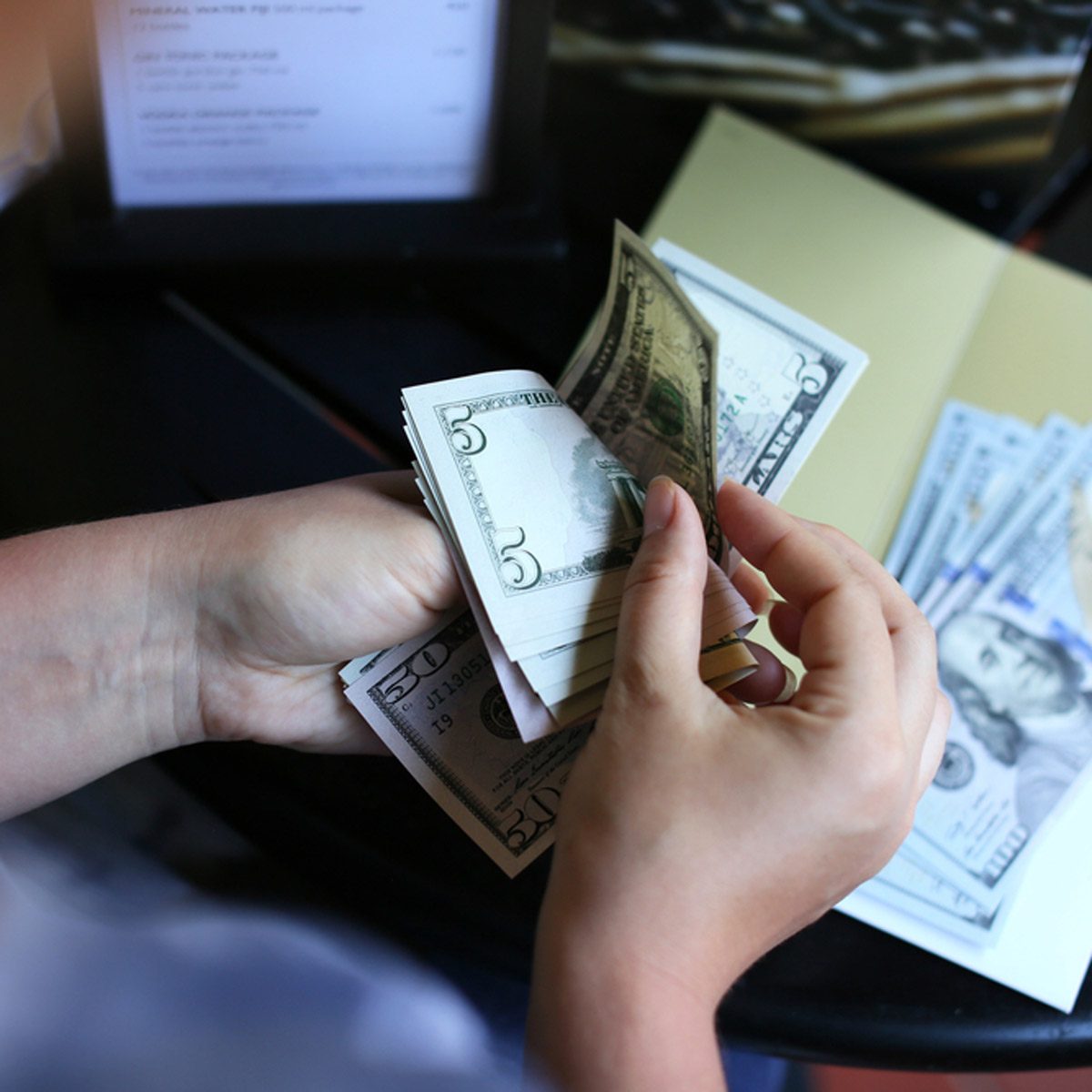 You give a tip to your mailman and newspaper carrier ... why not the trash collector? Official policies on tips vary, but most of garbage collectors will accept them. Some folks tape an envelope to their bins. Or you can leave a note that says “Ring the bell. We have a tip for you.’” Follow this tipping guide if you’re unsure. 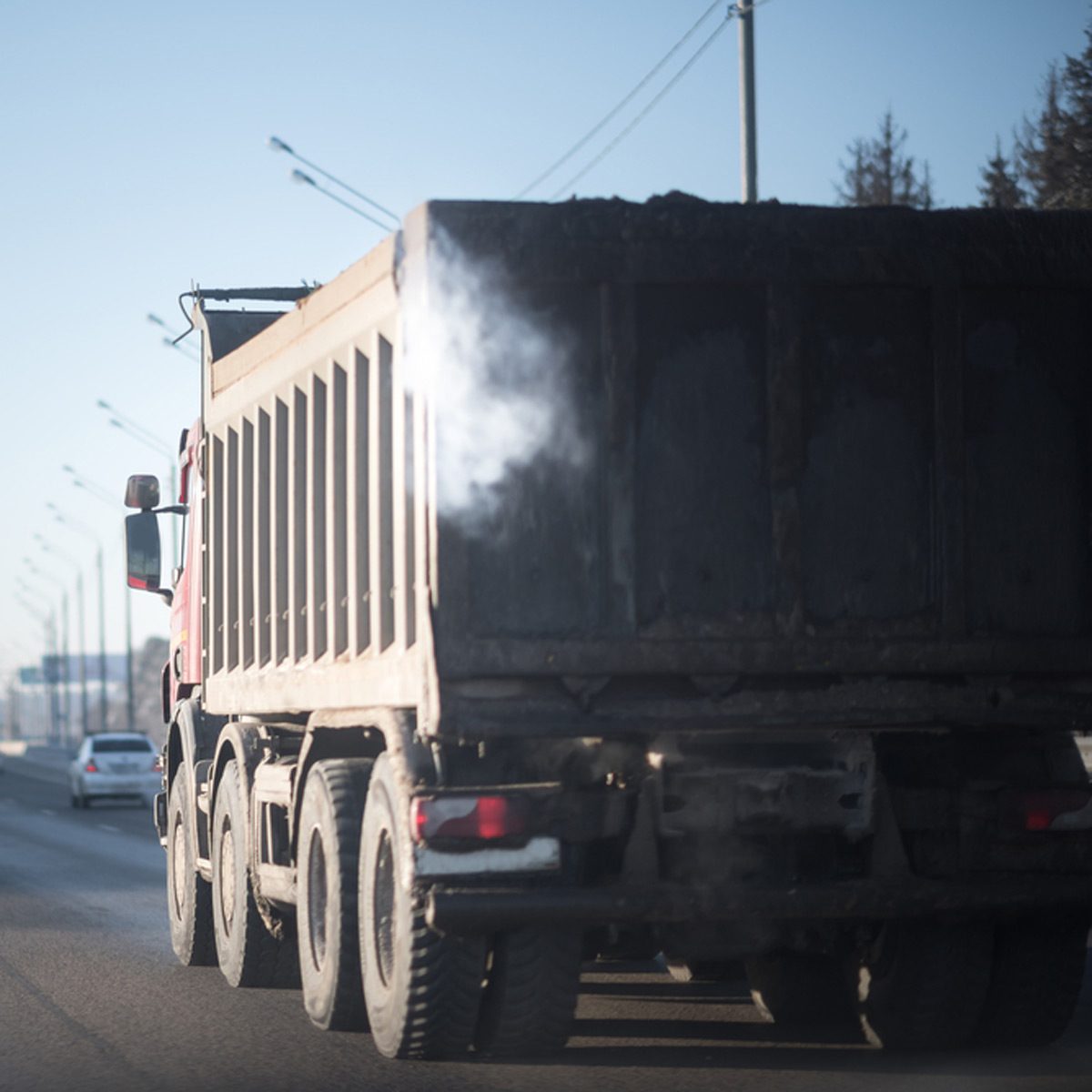 On occasion, our trucks actually catch on fire. It’s typically because a farmer dumped in some kind of highly toxic pesticide. When a fire starts, we have to drive around trying to find to a safe spot to dump. You don’t want to be the one who loses a $250,000 garbage truck. 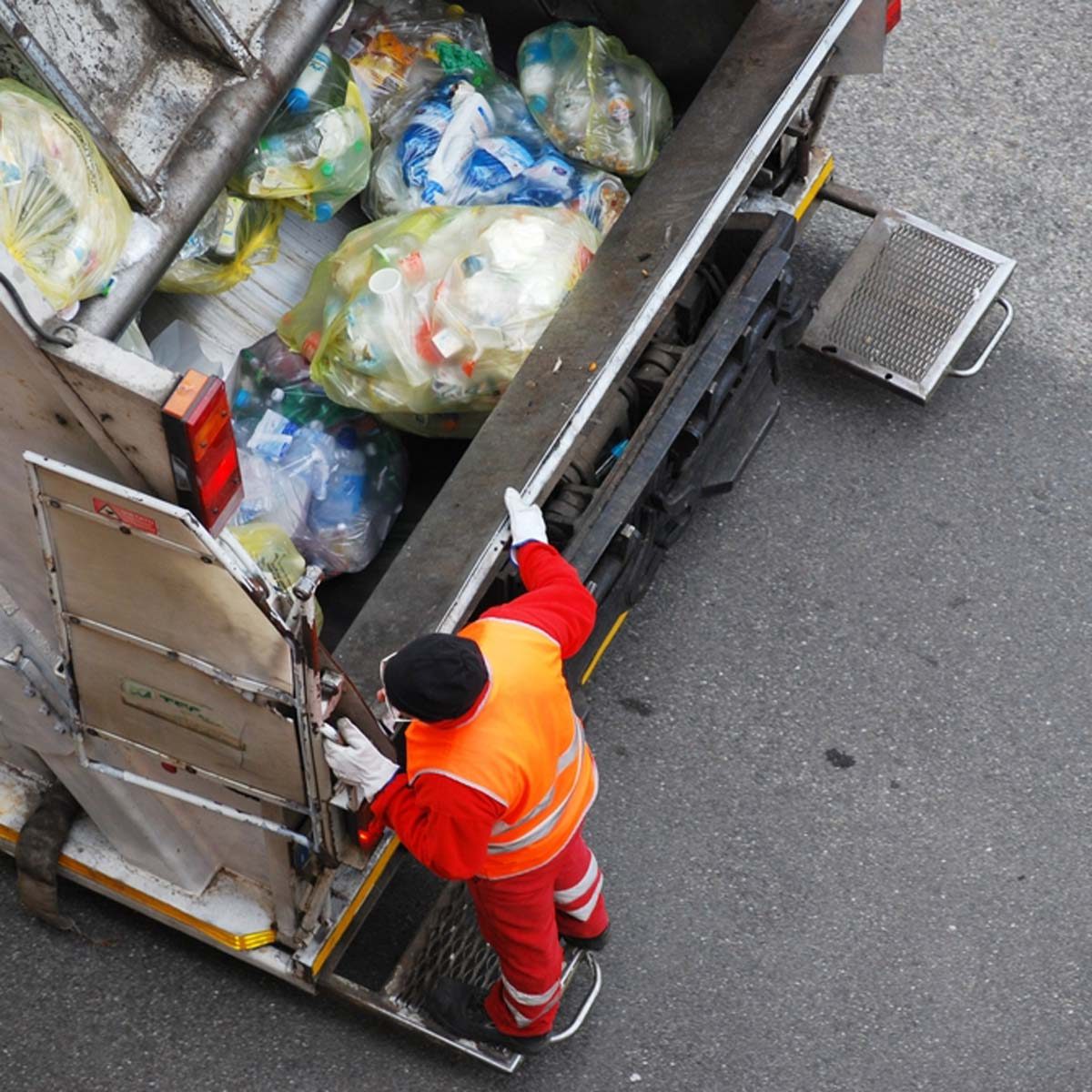 We're Not All Streamlined

Many of today’s garbage-collecting machines are efficient, high-tech affairs with GPS, air-conditioning and a mechanical arm to pick up your wheeled cart. But you will still find traditional, rear-loader trucks with men hanging off the back in most big cities, because we haven’t figured out how to streamline service in those areas. 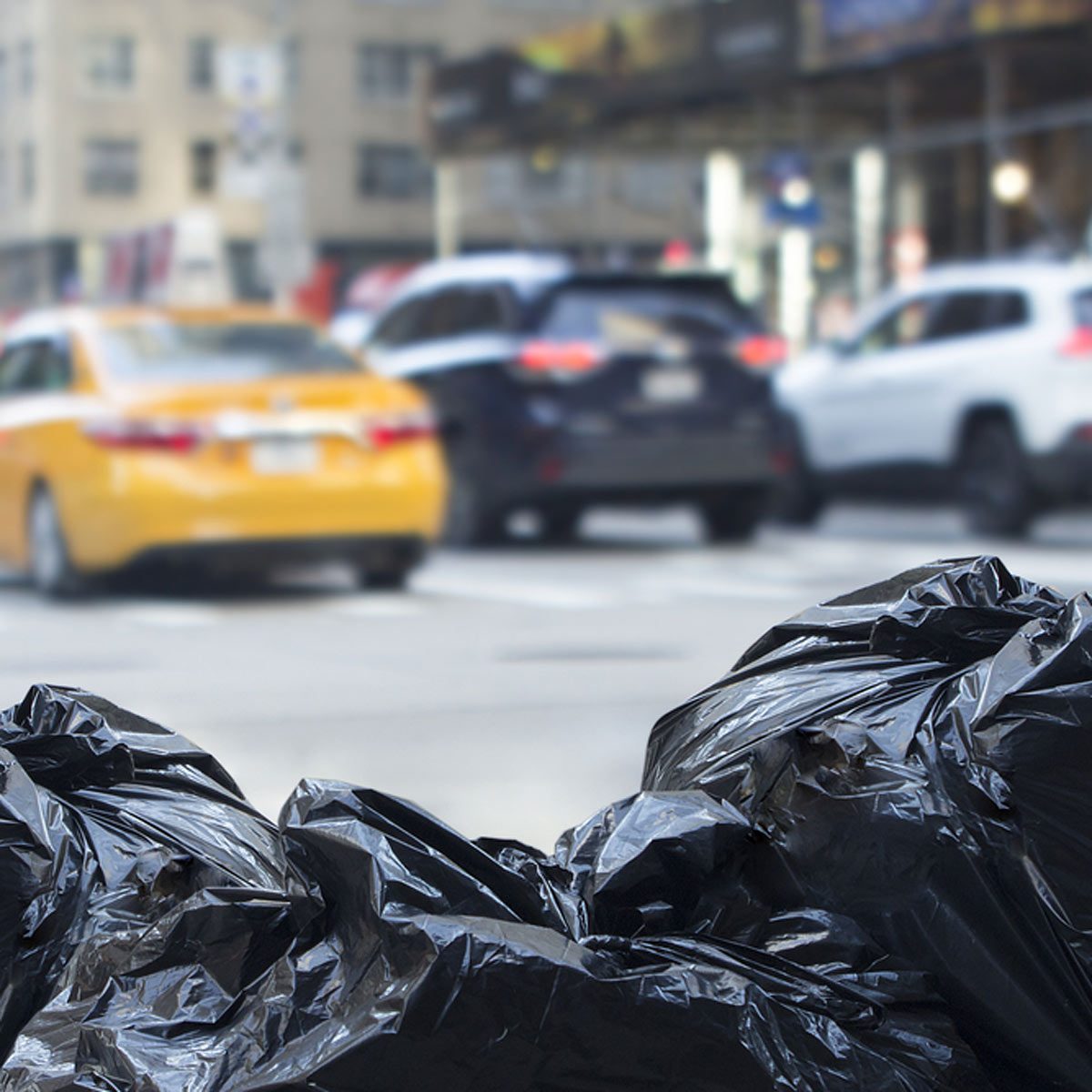 Does It Smell Bad?

You better believe it. Especially on a hot day when the trash is filled with maggots and rodents. You wear gloves, try not to breathe too deep and get it done as fast as you can. Here's how to snuff out any bad smells in your house. 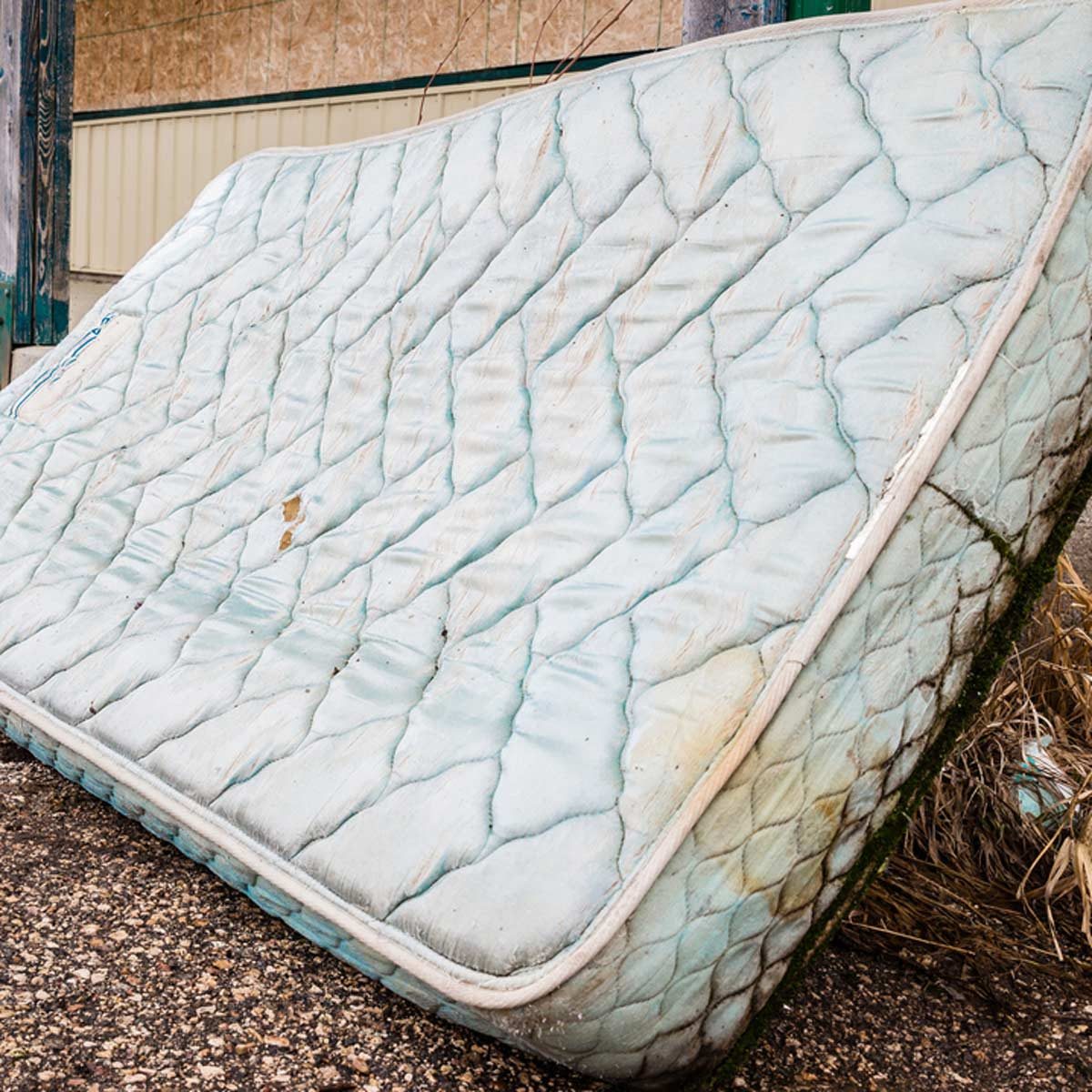 Because they’re bulky and hard to crush, they fill up landfills quick. Find a mattress recycler at mattressrecyclingcouncil.org. Next, don’t miss these 12 secrets your housecleaner knows about you. Be ware of the 7 things that could happen to you if you sleep on an old mattress. Sources: Garbage collectors Jaime Queroz in Chicago; Maurice Queen in Washington, DC; and Isaac Kulikoff and Bryan Metzler of Mid Valley Disposal in California
Cleaning