Don’t Make This Mistake When Pricing Your Services 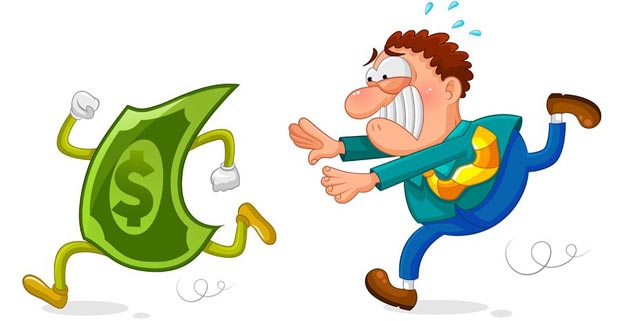 So last week my brother mentioned he was thinking of starting a lawn care business.

Naturally, just like anybody who’s never started a business, he has certain beliefs and ideas on how to get one going. Some of them really good, and others will guarantee he loses money.

One thing he said in particular that really popped out to me was that the way he figured it, he could charge just a little less than the other lawn care companies, and as a result, get a flood customers to jumpstart his business.

Basically, he was going to use low prices as his primary marketing strategy.

Now, I love my brother. He’s a great guy and he’s one of the smarter people I know. But dammit, this is one of the dumbest ways to approach business!

And I’m not writing this article to call out my brother. I’m writing it because I see this mistake made all the time, with almost every new handyman, consultant, freelancer, or anybody else offering a service as a business.

For some reason, everybody who wants to start a business thinks that pricing is the best marketing strategy. I don’t know where this comes from. Maybe from huge companies like Wal-Mart, Home Depot, or Costco – all companies that were built on low prices.

Or, maybe from the endless commercials advertising discounts or specials to sell more crap.

Whatever the culprit is, we’re convinced as a society that pricing is the best marketing strategy. And, when you’re selling the same shit as everybody else, then low-prices can be a great strategy if you can make it work. But for 99% of businesses, it’s a terrible idea that will guarantee you make less money.

Here’s Why Underbidding Your Competitors Is Dumb

There’s only one way to make a solid profit and charge less than the competition and that’s to have a breakthrough in efficiency. Unless you’ve figured out a way to provide the same service with fewer resources (time, money, tools, materials, people), then charging less only means one thing – making less. And since you’re just getting started, you’re probably far less efficient than the competition is, which means you’ll make even less money.

Amazon can offer 2-day free shipping because they’ve got a huge infrastructure and ship a ton of packages.

Wal-Mart can sell a gallon of Vinegar for a dollar because they move so much volume that they get special pricing from vendors and only need to make a few cents per product to generate billions in profits. These companies can rely on razor thin margins.

You and I? We’re just regular dudes with a garage full of tools and knack for fixing things. We need higher margins in order to run a sustainable business.

If every handyman in the world offered the same exact service, showed up on time, was trustworthy, and did an impeccable work, then price would start to become more important. Just like gold or any other commodity, people would look to buy at the lowest possible price.

But that is not the case. Handyman services are not a commodity. There are endless ways to differentiate yourself from the competition, and sometimes that’s as simply as showing up on time.

When it comes to hiring home services, price isn’t even close to the only thing customers consider. It’s not even the main thing (at least not for the good customers you actually want to be working for). Sure, price will be a big factor for certain customers, but those are the customers you probably don’t want to deal with anyway. Often, the people who are most concerned with price are also more likely to complain, give you bad reviews online, and cause you headaches.

Don’t design your business around people searching for a deal, design it around the people who are willing to pay for quality and convenience. Not only are they more profitable to work for, they are more enjoyable to work for.

I can’t tell you how many times I get e-mails from my readers telling me that they raised their rates after going through my pricing course ($100K Handyman Pricing) and are busier than they were when they had lower rates!

If you take a second to do the math, you’ll be amazed at how even a small increase in your rates leads to a huge increase in profit.

For example, if you currently average about $40 per hour for your services, then by raising your rates to $68 per hour, you would DOUBLE your profit. $28/hr more, and your profit doubles.

Or, let’s say you raise your rates by just $5 per hour. That’s a very small, almost unnoticeable amount to customers. It’s unlikely that this amount would impact their decision to hire you. This small increase would likely lead to an additional $8,400 per year in profit for a full time handyman.

What if, instead of dropping your rates, you invested that $8,400 into marketing your services? I can tell you exactly what will happen. You’ll get way more customers and you’ll be able to charge a lot more than you would have otherwise.

In fact, good marketing can be the difference between charging $40 per hour with an empty schedule and charging $100 per hour with a schedule booked out 3 weeks in advance. That may sound extreme, but I’ve seen it countless times over the last seven years of consulting with other pros and running my own business.

So Stop Guessing and Start Profiting

The handyman business, the lawn care business, the plumbing business, and just about every other home service business are all PROVEN business models. Thousands of others have already figured things out the hard way. And, the most successful will always tell you that being the lowest price option is a sure way to struggle and low profits.

So instead, save yourself some time and frustration. Follow a proven system that works, sidestep the common pitfalls, and get straight to making money.

Learn One Simple Strategy For Instantly Boosting Your Profits 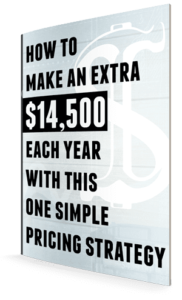 Get this FREE PDF guide that reveals a simple, proven strategy which can instantly boost your profits by $8,000 to $20,000 per year as a pro handyman.