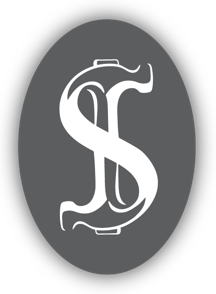 I’ve officially been in business for 20 months now and it’s time to share my lessons and income for this month.

If you’re a new reader of the Handyman Startup Blog, I’ve been writing these monthly reports since I started my business.  I include a ton of information about my handyman businesses like how much money I made, where my new customers came from, and any lessons or struggles I encountered along the way.

I’m a strong believer that you should enjoy what you do for a living.  So, If you are interested in creating a business that provides you with fulfillment and freedom from horrible bosses and the drudgery of the 9-5, then these reports are for you.

Here’s what I’ll discuss in this month’s report:

How to get the best customers (Product Announcement)

One of the most common questions is “how can I get more customers?”  And for good reason, too.

Finding quality customers that will pay your rates and continue to hire you again and again can be really tough, especially when first starting out.  There’s a million different methods to promote your business and new lead generating companies popping up every day.  It’s almost impossible to stay focused on the ones that work.

So, for the last 5 months, I’ve been on a mission developing a course that will show you exactly how to generate leads from quality customers and grow your business like wildfire.  It’s finally almost done and I’m really excited to release it as it’s going to help a lot of home service professionals.

That’s all I’m going to say for now.  If you’d like to learn more, click the orange button below.

Turning a Bad Lead (so I thought) Into a Good Customer

This month I had an interesting customer interaction.   While sitting there working away at my course, I received a call from a guy who found me on my website.  Let’s call him Charles.

Charles seemed like a really good customer, other than the fact that he talked too much.  After speaking on the phone for about 10 minutes, I knew way more than I wanted to know.

But, while getting this guys life story, he mentioned that his old handyman that had worked for him for the last 10 years left town and he was looking for a new handyman.  I also got an earful about how much he loved his old handyman.

Then, the conversation led to price and he wanted to know my hourly rate.  So, I told him that I charge $60/hour when charging hourly, but that I’ll typically bid on the bigger jobs.

So I follow up with “do you mind if I ask what you’re old handyman was charging you?”

What?!  I thought to myself.  This guy had over 10 years of experience and was working for $20/hour?  I couldn’t believe it.  I still held strong on my rate and didn’t let it bother me that I probably wouldn’t get his business.

But the crazy thing was that he actually still wanted to meet me.  When I met him at my house I looked at the fence repair he wanted done and submitted a bid, fully expected to never hear from him again.  But, he actually hired me!  Not only that, he has already called me back for 2 more jobs since!

I am blown away.  And this solidified a lot of my beliefs about how much people will pay and why.

The first thing I did right was build a website that pre-sells my services.  This guy was sold on my services before he even called me.

Then, I was honest and straight up with him.  I confidently told him my hourly rate and didn’t try to hide anything from him.   When he mentioned that I was expensive, I simply stated that my services aren’t for everybody and I understand if he’d prefer to work with somebody else.

And finally, I showed up when I said I’d be there, gave hime a clear description of how I’d handle the project, then submitted a quote.

Basically, I was professional about the whole situation.  He saw that I had my shit together.  Even though he was used to paying $20/hour, he obviously saw value in my professionalism and the quality of my service.

I love this story because it shows that price is NOT the only thing that influences a customers hiring decision.  Far from it in fact.  Remember that and it will serve you well in the future.

My year long court battle is over! (hopefully)

The results are finally in for my court battle with the contractor’s board.

If you are a new reader or don’t know what I’m talking about, I was stung by the contractor’s board in June of 2012.  They found an ad I had placed on craigslist and then baited me with a “small” painting job.  I went out to quote it and upon arriving to take measurements, I immediately realized that it was outside of what I could paint without a contractor’s license.  So, I told him exactly that.

However, he still cited me for advertising as a contractor without a license simply because I had listed painting as one of my services on my craigslist ad.  I was like “are you f’n kidding me?”  The guy then went on to explain that I was not allowed to advertise for painting or any other trade without a license.  But, I was able to actually perform the work if the customer asked as long as the job was under $1,000.

Well, I figured that was a load of crap, so sought out legal advice.  Long story short, I’ve been fighting the ticket for over a year.  I even had to plead guilty at one point so I could file for appeal.

This month I finally received word and the appeal was granted!  That’s right, I won the case!

I’m really relieved and thankful this is finally over.  This little issue held me back from advertising several services for the last year that I could have potentially made a lot of money from.

Looking back, it pisses me off that the guy gave me the ticket in the first place.  I mean, I’m just a regular guy trying to provide a quality service and make a living.  I’m not out there trying to take large jobs from contractors and I even turned down the painting job he tried to get me to bid.

I understand that he probably thought that I was still breaking a law, but you’d think this guy would have the respect and decency enough to see when somebody is trying to be legit.  A warning would have sufficed.

I guess it worked out in the end, as long as the state doesn’t take it to the next level.  Let’s hope they don’t…

As a handyman, you might not expect that people would actually pay somebody else to assemble their furniture, but they definitely do.

I’ve been hired for several furniture assembly projects since I’ve been in business and have recently been receiving a lot leads lately.  Typically these are good clients, too.

Furnitures assembly is a great service to offer that doesn’t take a high level of skill.  Pretty much anybody that owns a drill and some basic hand tools can tackle this type of project project.

So, if you want to start a handyman business but don’t have a ton of experience, this is a good service to offer.  Also, if you are looking to grow and hire some labor, this is a perfect job to give the new hire while you handle the more difficult jobs.

Here is a bed that I just finished putting together yesterday.  Total income from project:  $260. 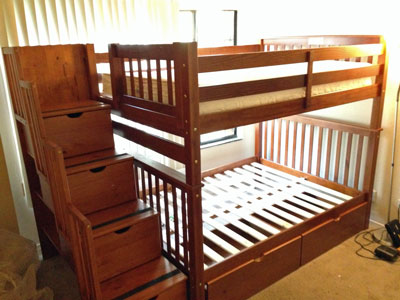 I made a little over half as much money as I made last month which is a pretty big drop in income.  However, I’m not worried about this at all because it is for good reason.  Here’s why:

I only worked 47 billable hours!  To be honest, I actually enjoyed the extra time off this month because it gave me more time to work on my new course.  I’ve been spending every second I can get to finish it and this just helped move things forward a bit faster.

Overall, July was a  great month.  My trip to Idaho was awesome as usual,  I  had the opportunity to run my first Tough Mudder, and I even got to go on a weekend camping trip.  All without having to ask for time off and still making a decent amount of money.  I no longer look at an open schedule as a bad thing, but an opportunity to do something else I enjoy.

Last month I set the goal to limit my service area significantly.  While I didn’t limit it quite as much as I initially planned, I did cut one large area out, effectively limited my service area by about 25%.  I had to turn down 3 customers this month because of it and it was certainly hard to do.  But, each time I did, I felt better immediately that I didn’t have to drive out and meet them.

It feels like I’ve been working on this thing forever.  But, I think it’s going to be worth the wait.  Originally I planned to release it by Independence Day, but my perfectionism is a serious hurdle to get over.  I can’t help but make small tweaks and add additional content to improve the course.  Sorry for the wait, but I assure you it will be worth it.

That’s it for this month’s report.  I hope you enjoyed it and thanks for reading!

Don’t miss out, be sure to sign up for my e-mail newsletter!